Turkey not bows down to threats over safe zone in Syria | Eurasia Diary - ednews.net

Russian fighter jet shot down two additional US drones near Khmeimim air base in Syria
Read: 687

Turkey not bows down to threats over safe zone in Syria 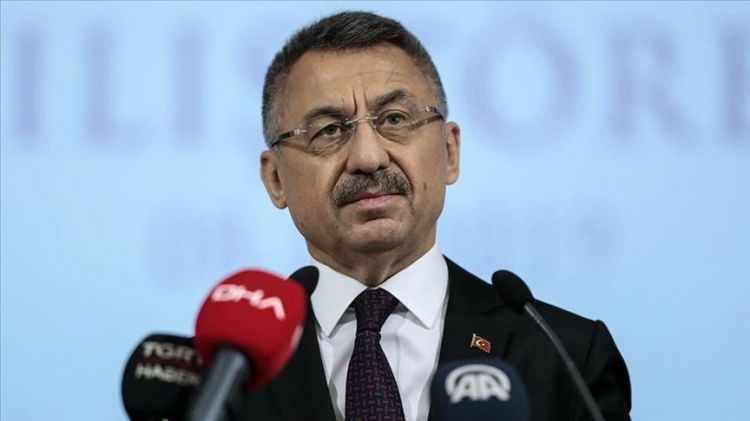 Turkey is not a country to act according to threats, the country’s vice president said on Tuesday responding to a threat by U.S. President Donald Trump regarding Turkey's planned safe zone operation.

Turkey will never tolerate creation of a terror corridor or a terror state at its border under no circumstances, regardless of its costs, Oktay said.

Oktay's remarks came after Trump threatened Turkey on Monday with economic collapse should Ankara take action in Syria he deems "off limits", ahead of a planned operation in the country's northeast.

"As I have stated strongly before, and just to reiterate, if Turkey does anything that I, in my great and unmatched wisdom, consider to be off limits, I will totally destroy and obliterate the Economy of Turkey (I’ve done before!)," Trump wrote on Twitter.

It is time to establish a safe zone in northern Syria, Oktay stressed, and added that Turkey will clear terrorists that threaten its southern border and create an opportunity for Syrians in Turkey to return home.

Turkey plans to resettle 2 million Syrians in a 30-km-wide safe zone to be set up in Syria, stretching from the Euphrates River to the Iraqi border, including Manbij.

Since 2016, Turkey’s Euphrates Shield and Olive Branch operations in northwestern Syria have liberated the region from YPG/PKK and Daesh terrorists, making it possible for nearly 400,000 Syrians who fled the violence to return home to western Syria.