Trump's Syria move will have consequences for migration 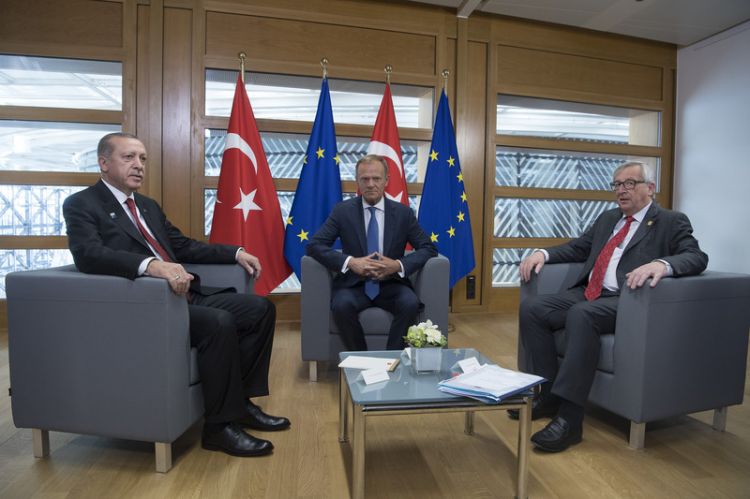 The US announcement to give free reign to a Turkish offensive into northern Syria has consequences for migration to Europe as well.

Next to the increase of arrivals on the Greek islands of recent months - the highest numbers since the EU-Turkey statement of March 2016 - events in Syria, and the situation of Syrians in Turkey, will determine the future of EU cooperation with Turkey on migration.

Three developments stand out that are emblematic of larger dilemmas Europe faces in working with neighbours to manage migration.

The goals of EU assistance are increasingly at odds with the goals of the government in Ankara. The risk is that humanitarian aid becomes little more than a band-aid and not a stable part of a long-term migration management.

The mood in Turkey has become increasingly hostile to the estimated 3.6 million Syrians residing there.

The economic downturn, which has brought up youth unemployment to 25 percent, has further fuelled resentment, along with the fact that, eight years into the war, fatigue has set in.

The official message coming from the presidential palace now echoes the sentiment that most Syrians in Turkey should return home, and soon.

Turkish president Recep Tayyip Erdogan has been calling for a "safe zone" in northern Syria, claiming that up to three million people could be returned to such a zone.

In contrast, much of the €5.8bn that the EU has allocated to various funding initiatives has been based, at least implicitly, on supporting the long-term integration of Syrian refugees in Turkey.

The US announcement to give free reign to a Turkish offensive into northern Syria has consequences for migration to Europe as well.

And, indeed, it seems unlikely that most Syrians will return soon: over 500,000 Syrian children have already been born in Turkey.

An Assad-led Syria is anything but safe for many would be returnees; and details about the proposed "safe zone" are vague, from the mandate and protection, to why Syrians would move to such a zone in the first place - and whether it would necessarily include forced deportations (Turkish government officials have argued it would not).

Second, three years into the EU-Turkey statement, EU members states have still not made the return mechanism from Greece to Turkey work.

One key component agreed to in 2016 was a mechanism of returning people arriving from the Greek islands back to Turkey, once their asylum claim is checked.

For each Syrian returned, EU members states agreed to relocate the same number of Syrian refugees.

The mechanism was supposed to act as both a deterrent to potential asylum seekers considering the journey to Greece, and an incentive for Turkish cooperation equally.

However, the Greek asylum system has been overburdened and slow to change, and there is still no reliable asylum procedure on the Greek islands. As of September 2019, only 1,907 people were returned under the mechanism, far from the 1-1 model or general return mechanism agreed to.