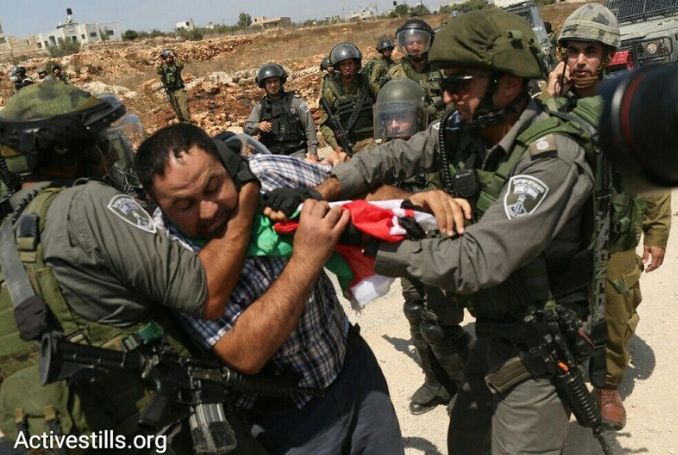 Dozens of Palestinians were wounded early Thursday in clashes with Israeli forces near the West Bank city of Nablus.
Four Palestinians were injured by live ammunition while dozens more suffered from the effects of teargas, according to local medical sources.
Witnesses told an Anadolu Agency correspondent that the clashes erupted after hundreds of extremist Jewish settlers backed by Israeli troops forced their way into a religious shrine in Nablus.
According to the witnesses, dozens of Palestinian youths had gathered at the site to protest the settlers’ arrival but were soon dispersed by Israeli soldiers firing teargas and heavy ammunition.
The religious site, which Jews refer to as “Joseph's Tomb,” has long been a flashpoint for violence.
Jews claim the site is the burial place of the biblical patriarch Joseph. Muslims, however, challenge this assertion, saying an Islamic cleric -- Sheikh Yussef Dawiqat -- was buried at the site two centuries ago.