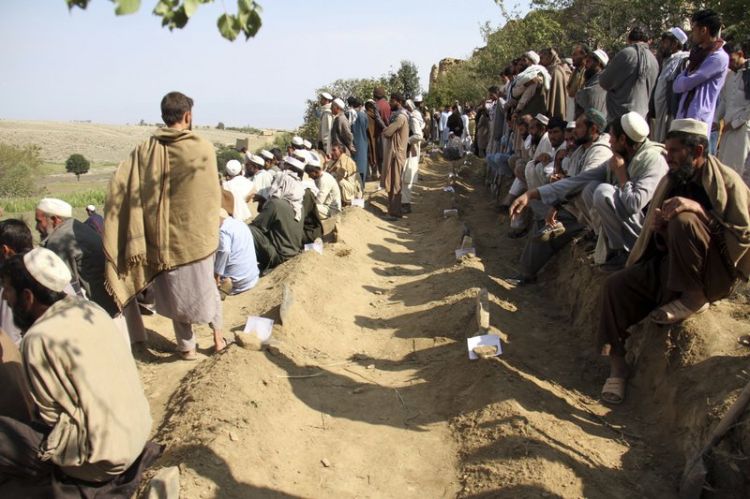 Hundreds of villagers attended the funerals held Saturday in eastern Afghanistan for the victims of a deadly bomb that killed 66 people during prayers at a local mosque.
Attahullah Khogyani, spokesman for the governor of Nangarhar province, said that the explosion also wounded 36 people when it went off as dozens of people gathered for Friday prayers in the village of Jodari.
He said it was not immediately clear if the mosque was attacked by a suicide bomber or by some other type of bombing.
He said the “latest” figure for the death toll was 66. He added that ten wounded were so far discharged from hospital after treatment.
Villagers from the surrounding Haskamena district said that there were more than one hundred worshippers at the time of the bombing in the mosque.