Russian diplomat warns with return of Cold War by race for military dominance in Europe
Read: 443

WHO extends state of emergency over coronavirus pandemic for another 3 months
Read: 333 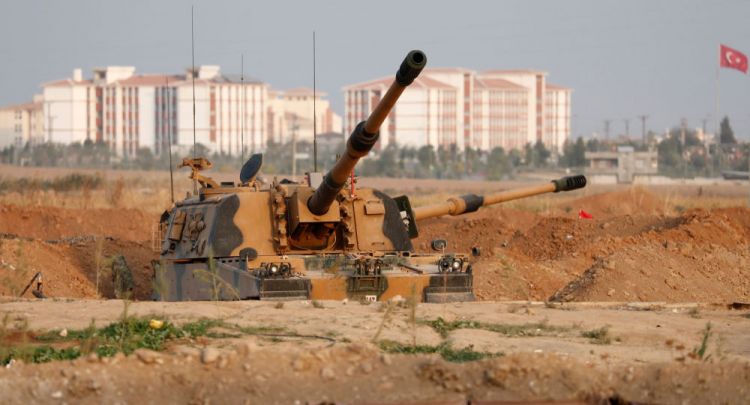 At least one Turkish soldier was killed on Sunday amid sporadic clashes with Kurdish fighters in northern Syria, the Turkish defence ministry said, even though a US-brokered truce remains in place.
Sunday's ministry statement said that Syrian Kurdish fighters have violated the three-day-old cease-fire some 20 times.
The statement said the soldier was killed during an observation shift earlier in the day, in an attack by anti-tank weapons and small arms fire, bringing Turkey's military death toll up to seven soldiers in its wide-ranging offensive against Syrian Kurdish forces.
The ministry also said it allowed a 39-vehicle humanitarian convoy to enter Ras al-Ayn, a key border town that's seen some of the heaviest fighting. It said the convoy evacuated wounded and others.
Turkey considers the Syrian Kurdish groups terrorists for their links to a decades-long Kurdish insurgency inside Turkey.
The soldier's death came on the same day that Turkish Foreign Minister Mevlut Cavusoglu said that Ankara and Moscow would discuss the removal of the Syrian Kurdish YPG militia from the northern Syrian towns of Manbij and Kobani during talks in Sochi next week.
President Tayyip Erdogan will travel to Sochi on Tuesday for emergency talks on Syria with his Russian counterpart.
In an interview with broadcaster Kanal 7, Mr Cavusoglu said Turkey expected the YPG to be removed from areas where the Syrian government, backed by Moscow, has deployed in northern Syria. He said Turkey did not want to see a single YPG fighter left in the "safe zone" at the end of the truce period.
On Friday, the Kurdish militia accused Turkey of violating the five-day pause by shelling civilian areas in the northeast and the border town of Ras al Ain.
A senior Turkish official later dismissed the accusations on Saturday, saying these were an attempt to sabotage the agreement between Ankara and Washington, and that Turkey fully supported the deal.
Mr Erdogan warned on Saturday that the offensive would continue and Turkey would "crush the heads of terrorists" if the deal was not fully implemented, while Turkey has insisted that it is the duty of Washington to ensure the withdrawal of the YPG.
Turkey's defence ministry said late on Saturday that it was closely monitoring the withdrawal of the YPG and that it was in close contact with US officials over the issue and to provide logistical information.
Turkey aims to establish a "safe zone" some 32 kilometres (20 miles) into Syria. Mr Erdogan said on Friday it would run for some 440 km along the border, though the US special envoy for Syria said the accord covered a smaller area where Turkish forces and their Syrian rebel allies were fighting.
Mr Erdogan also said on Friday that Turkey would set up a dozen observation posts across northeast Syria, and that he would hold talks with his Russian counterpart on what steps to take in the planned "safe zone" next week.