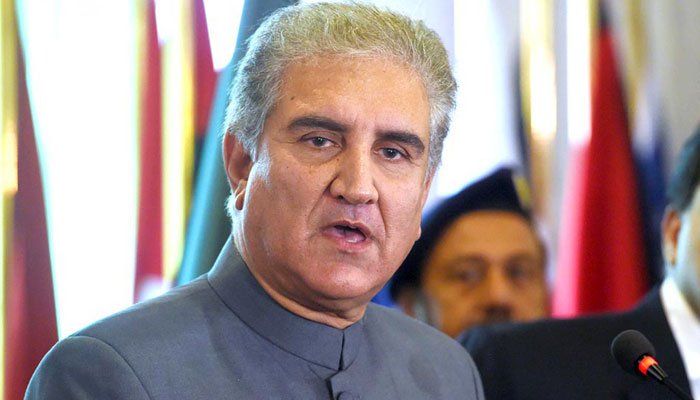 Foreign Minister Shah Mahmood Qureshi on Sunday condemned the ceasefire violations by India at the Line of Control (LoC).
Talking to media here, he said India was putting the regional peace at risk, according to a release issued by Babul Quresh media cell.
Qureshi said Indian lies were exposed before the world regarding the Balakot attack when they fled back after damaging trees.
The foreign minister said Pakistan had always tried to resolve the issues but India was bent upon damaging the regional peace.
He said the nation, armed forces and the government were on the same page, adding Pakistan had the right to defend the motherland.
He said India was not allowing the world to see what was happening inside the occupied Kashmir over the last two months.
Meanwhile, the foreign minister visited different areas of his constituency and met delegations besides attending ceremonies.
Speaking on the occasion, he said millions of rupees had been approved for the city’s development to provide maximum relief to masses.
Talking to different delegations, Qureshi said the construction of a fly-over at Madni Chowk was a longstanding public demand and he personally requested Chief Minister
Sardar Usman Buzdar for development of Multan.
He said the provincial government had given approval for the construction of the fly-over at Madni Chowk to be built at a cost of Rs 600 million and its construction would start soon.
He said different development schemes, including roads, sewerage, health and clean drinking water, on Suraj Kund Road, Sui Gas Road and other areas would be
completed soon.
Qureshi said he had always paid special focus on development of the constituency.
Later, he offered Fateh for deceased persons and and also participated in the funeral prayers of a relative of Provincial Minister for Energy Dr Akhtar Malik.
Provincial Advisor Javed Akhtar Ansari, Rana Abdul Jabbar, Makhdoom Shoaib Akmal Hashmi, Babar Shah, Munawar Qureshi and others were also present.