“Armenia once again demonstrates that it cannot live in peace with its neighbors” - Azerbaijani Presidential aide
Read: 626

'I want to thank all the young people in this country!' - UNICEF Representative to Azerbaijan on International Youth Day - VIDEO
Read: 603 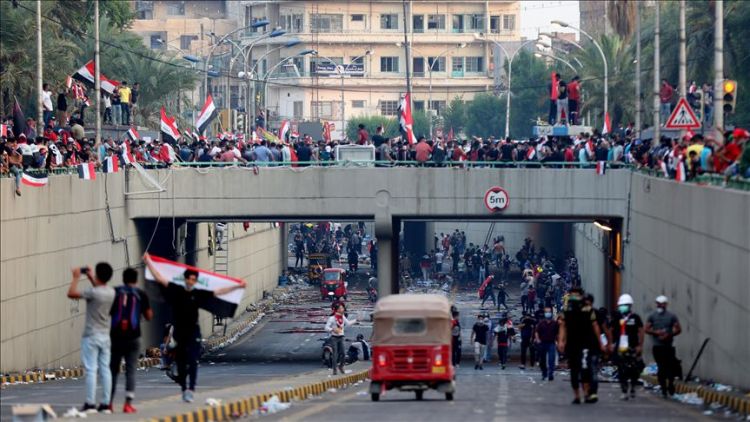 Karbala governor Nassif al-Khattabi on Tuesday denied reports about deaths among Iraqi protesters in the southern province, Eurasia Diary reported citing Yeni Shafak.
Media reports earlier said at least 20 people had been killed and hundreds injured when security forces dispersed a protest camp in central Karbala.
Addressing a news conference, al-Khattabi said videos circulated about deaths among protesters in the province were "fabricated".
"Security forces have exercised utmost restraint," he said, adding that several security personnel were injured.
The governor accused protesters "of carrying weapons and an internationally prohibited bomb", without elaborating.
Karbala police chief Ahmed Zweini, for his part, accused protesters of hurling bombs at security forces.
Iraq's High Commission for Human Rights, meanwhile, revised an earlier statement in which it said 18 people had been killed, saying only one demonstrator was killed and 192 others were injured.
The Defense Ministry, however, said only 53 civilians and 90 security personnel were injured in protests in the province.
More than 80 people have been killed and more than 3,600 others injured since a second wave of protests began in several Iraqi provinces on Friday, according to human rights groups.
The first wave of protests in early October left 149 protesters and eight security personnel dead.
Anger has been building in Iraq in recent years due to rising unemployment and rampant corruption. Many people in the country have limited access to basic services such as electricity and clean water.
According to World Bank figures, Iraq's youth unemployment is around 25%. It is also ranked the 12th most-corrupt country in the world by several transparency organizations.