Iraqi tribes gave 48hrs to the government on release of detainees 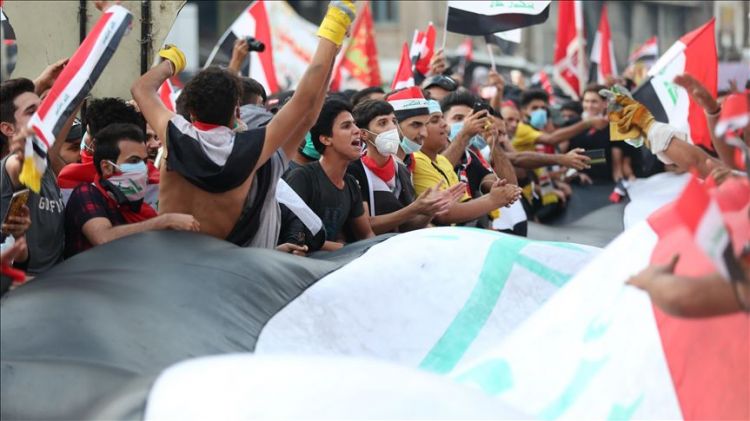 Iraqi tribes have issued a 48-hour ultimatum to the Iraqi government to release protesters held by security forces in the southern Basra province, Eurasia Diary reports citing Yeni Shafak.
"Tribal chieftains in Basra have given 48 hours to the government to release all detained protesters," tribal leader Ahmad al-Bazouni said in a statement on Wednesday.
Mass protests have rocked several Iraqi provinces since Friday against deep-seated corruption, high unemployment and lack of basic services.
More than 80 people have been killed and more than 3,600 others injured in the unrest.
Security forces have arrested scores of protesters in Basra on charges of ransacking government buildings in the province.
"The Basra tribal leaders support the protesters' legitimate demands," al-Bazouni said, threatening that tribes would join the demonstrators "if our demands were not met".
Anger has been building in Iraq in recent years due to rising unemployment and rampant corruption. Many people in the country have limited access to basic services such as electricity and clean water.
According to World Bank figures, Iraq's youth unemployment is around 25%. It is also ranked the 12th most-corrupt country in the world by several transparency organizations.