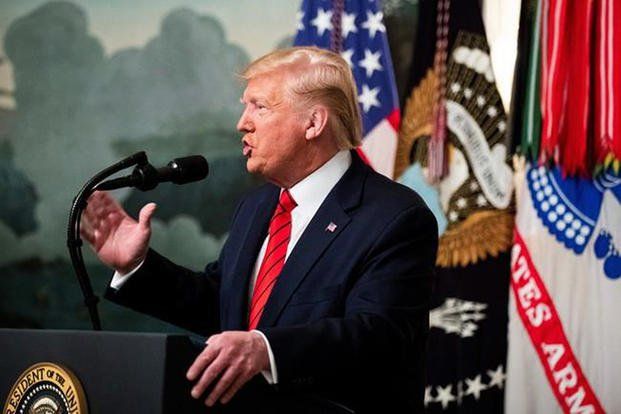 The Turkish government is more focused on its plans to establish a safe zone in northern Syria than on the killing of the leader of Islamic State (ISIS), but is following reports that the United States has been tracking the of jihadists’ sources of finances, Abdülkadir Selvi, a columnist at the pro-government Hürriyet newspaper said on Wednesday.
Abu Bakr al-Baghdadi was killed on Oct. 27 during an overnight raid by U.S. forces in Syria's northwestern province of Idlib, a mere 5 km from the Turkish border. The Turkish Defence Ministry said on Sunday that the United States and Turkey exchanged information about the operation of U.S. special forces without detailing the nature of the exchange.
“The operation that killed the leader of ISIS, Baghdadi, is the world’s number one issue,” said Selvi. “But interestingly Ankara does not focus much on the Baghdadi operation.”
Selvi said the government is much more occupied with its Operation Peace Spring, which was launched on Oct. 9 against the Kurdish-controlled territories in northern Syria.
Turkey’s military operation ended last week after the government made two separate deals with the United States and Russia for the withdrawal of the Kurdish-led Syrian Democratic Forces (SDF) 30 km south from the Turkish-Syrian border.
Russia on Tuesday informed Turkey that the withdrawal of the SDF had been completed. The two countries have now been working on establishing a mechanism for joint patrols of Turkish and Russian forces along a 444 km stretch on the border, starting from the northwestern town of Manbij and ending at Syria’s border with Iraq.
“Ankara does no like much talking about Baghdadi, but this does not prevent me from sharing the information I have accessed,” said Selvi. “It is said that the United States has also reached information about the financial sources of ISIS during Baghdadi operation. The United States has started to trace the money of ISIS. It is said that one end of this financial trace reaches Mexico.”