Information spread by Armenia about alleged firing and fighting in several directions has no basis - MoD
Read: 227 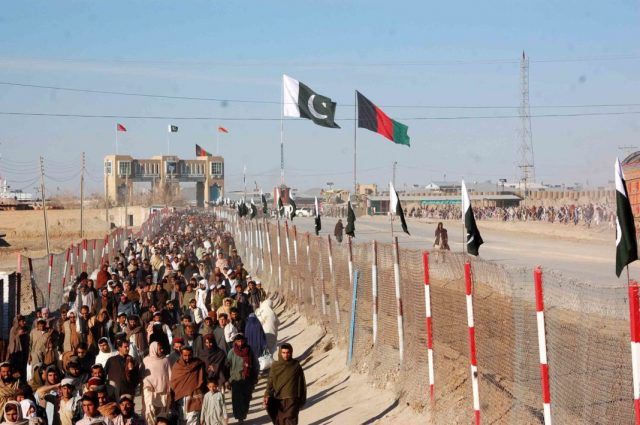 Islamabad cancels citizenship of a Pakhtun politician who belongs to a tribe that lives on both sides of the border, Eurasia Diary reports citing TRT World.

Pakistan’s decision to strip the citizenship of a senior politician, purportedly of Afghan descent, has brought to the fore the complex relationship between the two countries, which are bound by a disputed border and tribal ties that go back centuries.
Maulana Hafiz Hamdullah, a former senator and ex-member of a provincial legislature, faces accusations that he forged his identity documentation to hide his Afghan origin.
The timing of the controversy has raised some eyebrows since it has surfaced as the political party he is associated with - the Jamiat Ulema-e-Islam Fazal (JUI-F) - heads into a confrontation with Prime Minister Imran Khan’s government.
Last week, Pakistan’s broadcast regulator prohibited news channels from hosting Hamdullah on widely-watched talk shows. The reason cited for the move was that the politician is an alien resident.
“This is a political issue. The government is clearly trying to put pressure on him,” says Rustam Shah Mohmand, a former Pakistani diplomat and an analyst.
“He’s been a politician for years. Why would the people in his constituency - people from the tribes and towns - vote for him if they didn’t know his background?”
Hamdullah was a provincial health minister in the early 2000s and later served as a senator between 2012 and 2018.
As a court on Tuesday suspended the cancellation of his citizenship, people questioned why state security agencies failed to investigate his background before.
Under Pakistani law a foreigner cannot run for office.
The decision against Hamdullah comes at a time of heightened political tension as JUI-F amasses hundreds of thousands of its religiously conservative followers for an anti-government protest in the capital, Islamabad.
A divided people
Hamdullah comes from Killa Abdullah district, which borders Afghanistan. The headquarters of the district, Chaman, has been a flashpoint between the two countries as some villages stride both sides of the border.
In 2017, at least 11 people were killed in a clash with Afghan troops when Pakistani officials were conducting a survey to demarcate the land that falls under their territory.
“There are many Pakhtun tribes, including my own, the Mohmand, who have members living on both sides. It’s not unusual,” says Rustam.
Hamdullah says he was born and raised in Pakistan where his father taught religious classes at a local school. In 2002, he was elected to the assembly of Balochistan, the southern province where District Killa Adbullah is located.
Rustam says someone like Hamdullah cannot be denied citizenship even if he or she has Afghan ancestry as the law says someone who has lived in the country for more than five years becomes entitled to become a national.
Pakistan shares a 2,400 kilometre-long disputed border with Afghanistan that is known as the Durand Line. Successive Kabul governments, including the Taliban regime, have refused to recognise it, insisting it divides Afghanistan’s territory.
cks.
Since 1979, millions of Afghans have crossed the porous and mountainous border to escape war and strife. According to the UN refugee agency, there are 2.7 million Afghans living in Pakistan, many of them in refugee camps.
A matter of record
Unlike Iran, where Afghan refugees were not allowed to work and are restricted to a certain area, the refugees in Pakistan have prospered and integrated into the Pakhtun society, says Amina Khan, a senior researcher at the Institute of Strategic Studies Islamabad.
“They can work, buy property and many of them married here. It’s important to remember that more than 70 percent of these refugees were born in Pakistan.”
Pakistan is among the few countries where nationality is attained by birth but this right has seldom been extended to the Afghan refugees who on the most part use forged identities to stay in the country.
Last year, Prime Minister Khan received broad appreciation when he announced that Pakistan will grant citizenship to Afghans born in Pakistan. It remains unclear when the process for that starts.
Amina Khan says it is hard to establish the number of Afghans who have already obtained Pakistani citizenship and if some of them might have gone on to become politicians.
“The first time Pakistan government decided to conduct a survey to ascertain the number of refugees was in 2005. That’s years after they started pouring in. So we don’t have a complete picture,” she said.

His son is currently a Second Let in Pakistan Army.
He served as a Provincial Minister back in 2002.
He was a Senator just two years ago.
Contested elections for 6 times!
But since he asks tough questions and doesn't surrender, he's no more Pakistani!#hafizhamdullah pic.twitter.com/MVe0sjag0c