More people to return to their home in areas liberated by Turkey's anti-terror operation in N.Syria: UN 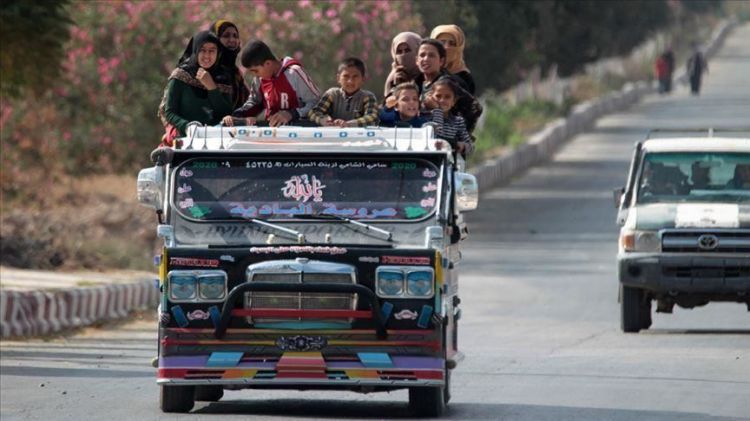 At least 94,000 civilians have returned to areas liberated by Turkey's anti-terror operation in northern Syria over the last 10 days, the UN said on Friday.
At the beginning of Operation Peace Spring, there were over 200,000 people who had left their homes, Jens Laerke, spokesman for the UN Office for the Coordination of Humanitarian Affairs (OCHA), Eurasia Diary reports citing Anadolu Agency.
"Now, we are seeing a movement of return. Today, we have about 94,000 who have returned to areas that are now effectively under Turkish control," said Laerke.
There remain just over 100,000 displaced people, he said.
"We can see that the numbers are going up. And if that trend continues, of course, more people in the coming days and weeks will return to their home," said Laerke.
On Oct. 9, Turkey launched Operation Peace Spring in northern Syria east of the Euphrates River in order to secure Turkey's borders, to aid in the safe return of Syrian refugees, and ensure Syria's territorial integrity.
Laerke describes the situation in the region as "dynamic".
On Oct. 17, Ankara agreed with Washington to pause its operation to allow YPG/PKK terrorists to withdraw from the planned safe zone.
And on Oct. 22, Ankara and Moscow reached a deal under which YPG/PKK terrorists will pull back 30 kilometers (18.6 miles) south of Turkey’s border with Syria within 150 hours, and security forces from Turkey and Russia will mount joint patrols there.
In its more than 30-year terror campaign against Turkey, the PKK -- listed as a terrorist organization by Turkey, the U.S. and the European Union -- has been responsible for the deaths of 40,000 people, including women, children, and infants. The YPG is the Syrian offshoot of the PKK.