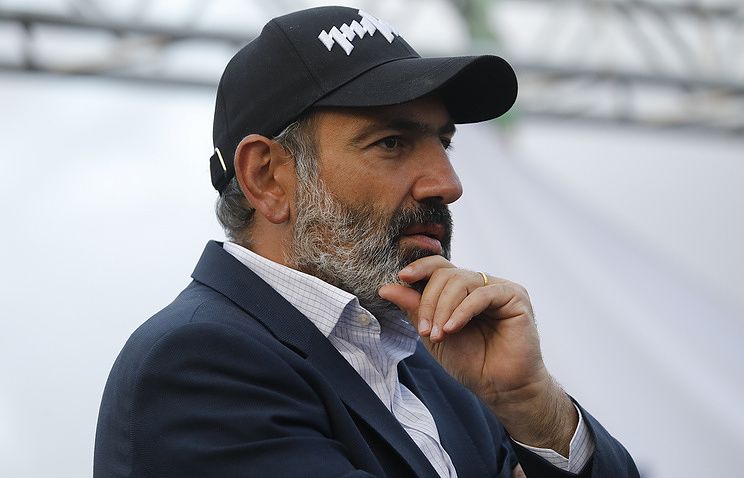 Armenian Prime Minister Nikol Pashinian has denied differences between his government and authorities in Stepanakert over what the settlement of the long-standing Nagorno-Karabakh conflict should be, stressing that their visions in this matter are identical, Eurasia Diary reports citing azatutyun website of Armenia.
Pashinian went live on Facebook Sunday night to debunk what he described as false claims by critics that he dismissed as ridiculous.
“Conspiracies in the Nagorno-Karabakh conflict settlement are excluded,” Pashinian said, claiming that former government officials “have been spending millions [of dollars]” on disinformation aimed at discrediting his government.
“And now they are putting forward a theory that since the current government or I personally as prime minister do not agree to territorial concessions, the negotiations are in deadlock, and the government has started frightening people with the prospect of war. Concrete budgets have been allocated for [spreading disinformation] on this subject,” the premier contended.
Pashinian said that while in a situation of the unresolved Armenian-Azerbaijani dispute there may always be a risk of war, it is no higher now than it was before his government came to power in 2018. “On the contrary, if we now monitor the border situation and the level of tensions at the borders, we will see that there has been a sharp and significant fall in overall tensions over the past year and a half,” he said, referring to his September 2018 arrangements with Azerbaijani President Ilham Aliyev to reduce tensions in the conflict zone.
“Unfortunately, we still have tensions [in the conflict zone], but these tensions are much lower than they were three, four or five years ago… Unfortunately, we still have loss of life today. I am saying this to show that no one is saying that the Nagorno-Karabakh issue has been resolved and we have reached a lasting settlement. But on the other hand, however strange it may sound, I think there is some very interesting dynamics in the negotiation process, and I am optimistic that this dynamics will continue.”
Pashinian again stressed that negotiations are being conducted according to the logic that any solution to the conflict must be acceptable to the peoples of Armenia, Nagorno-Karabakh and Azerbaijan.
“Decisions must be made in a pan-national manner. We could even hold a referendum. But these discussions are still premature, since we are talking about the strategy. In other words, our task in the negotiation process is to reach a solution that is acceptable to our people,” Pashinian underscored.
Zohrab Mnatsakanian, who serves as foreign minister in the Pashinian cabinet, also insisted last week that long-running efforts to resolve the Nagorno-Karabakh conflict are not in deadlock. He cited more high-level talks planned by Armenia and Azerbaijan.
“At least with regard to things relating to us, we do not see a deadlock,” said Mnatsakanian. “We are continuing to work very calmly because this work needs to be done as it concerns our security, regional security and peace.”
“There is a dynamic in the negotiations and I hope that we can move forward quickly if there is mutual constructiveness,” he told reporters on October 31.
Earlier, a senior official from the Organization for Security and Cooperation in Europe (OSCE) confirmed that Mnatsakanian and Azerbaijan’s Foreign Minister Elmar Mammadyarov will meet again on the sidelines of an OSCE ministerial gathering to be held in Slovakia’s capital Bratislava on December 5-6.