Russian plane with medical equipment departs for US
Read: 1357 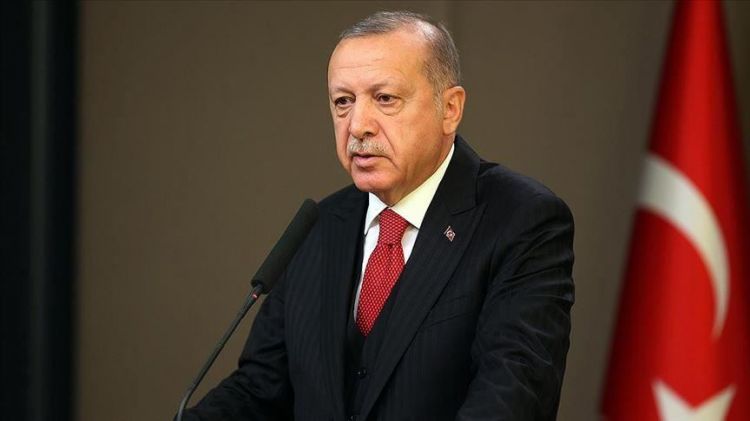 Turkey’s president on Thursday said terror groups have still not withdrawn from northern Syrian territories falling under the area of Turkey’s anti-terror operation, Eurasia Diary reports citing AA.
"The pledge that the terror groups YPG/PYD, Daesh [also called ISIS], and PKK would withdraw from the region within 120 hours was not fulfilled," Recep Tayyip Erdogan told reporters in the capital Ankara before leaving for an official visit to Hungary.
He added that YPG/PKK terrorists continue to attack Turkey’s local allies the Syrian National Army (SNA), violating the safe zone agreements there, and 11 SNA soldiers were martyred Thursday morning.
Operation Peace Spring, launched on Oct. 9, aims to eliminate terrorist YPG/PKK elements from northern Syria east of the Euphrates River in order to secure Turkey’s borders, aid in the safe return of Syrian refugees, and ensure Syria’s territorial integrity.
On Oct. 22, Turkey and Russia reached a deal under which YPG/PKK terrorists would pull back 30 kilometers (18.6 miles) south of Turkey’s border with Syria within 150 hours, and security forces from Turkey and Russia would mount joint patrols there.
In its more than 30-year terror campaign against Turkey, the PKK -- listed as a terrorist organization by Turkey, the U.S. and the European Union -- has been responsible for the deaths of 40,000 people, including women, children, and infants. The YPG is the PKK’s Syrian offshoot.