Unknown fighter jets tried to attack the Russian air base in Syria
Read: 1762

'We have no secret' - Putin reveals he informed Medvedev about government resignation
Read: 600 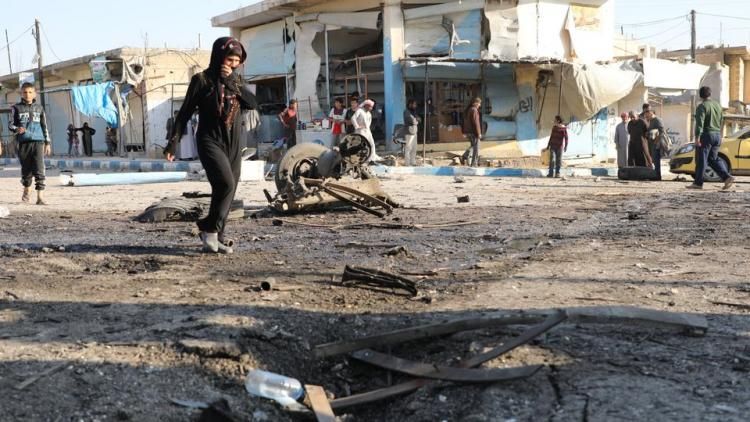 Eight civilians were killed and at least 20 others wounded in a car explosion attack by YPG/PKK terrorists in south of Tal Abyad in northern Syria, Turkey's National Defense Ministry said on Nov. 10, Eurasia Diary reports citing Hurriyyet.
"Innocent civilians have once again been slaughtered by murderous PKK/YPG terrorists. 8 civilians have been killed, more than 20 have been injured in an IED attack carried out by the terrorists in south of Tel Abyad," the ministry said on Twitter.
Tal Abyad and Ras al-Ayn were cleared of terrorists during Turkey’s Operation Peace Spring -- launched on Oct. 9 to eliminate terrorists from northern Syria east of the Euphrates River in order to secure Turkey’s borders, aid in the safe return of Syrian refugees, and ensure Syria’s territorial integrity.