US urges Haftar-led forces to end offensive in Libya 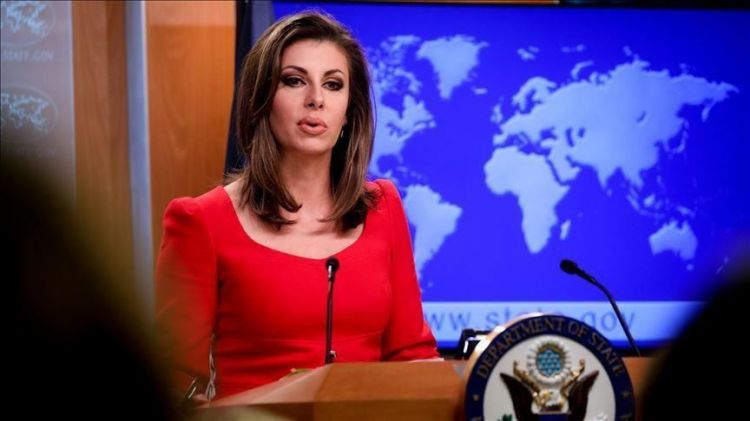 The U.S. on Friday called on Libyan National Army forces led by military commander Khalifa Haftar to halt their offensive in the war-torn North African nation, Eurasia Diary reports citing Anadolu Agency.
"Today, the U.S-#Libya Security Dialogue launched in Washington D.C. We call on the “Libyan National Army” to end its offensive, facilitate U.S.-Libya cooperation, & prevent Russia’s attempts to exploit the conflict," State Department spokeswoman Morgan Ortagus said on Twitter.
"The U.S. supports Libya’s sovereignty & territorial integrity," she added.
The announcement came less than a week after the Interior Minister of Libya’s internationally-recognized government accused Russia of fueling the ongoing war with mercenaries and urged the U.S. to increase efforts to resolve the crisis.
Fathi Bashagha told Bloomberg News that the U.S. cooperated with Libya in its fight against the Daesh/ISIS terror group, but that attacks by Haftar undermined the fight against terrorists and that Russia exacerbated ongoing unrest in the country.
"The Russians have intervened to pour fuel on the fire and enhance the crisis rather than finding a solution," Bashahga said, criticizing the deployment of the Wagner Russian paramilitary group.
"The proof is their deployment of Wagner to Libya. They had sent it to Syria before, and central Africa, and wherever Wagner goes destruction happens," he said.
Russia denies the existence of the group in Libya.
On Thursday, U.S. Defense Secretary Mark Esper said U.S. forces continued to "mow the lawn" in Libya, referring to U.S. attacks on Daesh/ISIS.
"And that means, every now and then, you have to do these things to stay on top of it so that a threat doesn't grow, doesn't resurge," he explained.
Forces aligned with Haftar launched a campaign in April to capture Tripoli from Libya’s internationally recognized GNA.
Clashes between the two sides have left over 1,000 people dead and around 5,500 wounded, according to the World Health Organization (WHO).
The oil-rich country has remained beset by turmoil since 2011, when longtime ruler Muammar Gaddafi was ousted and killed in a NATO-backed uprising after four decades in power.
Libya has since seen the emergence of two rival seats of power, including one in eastern Libya, with which Haftar is affiliated, and the Tripoli-based GNA, which enjoys UN recognition.