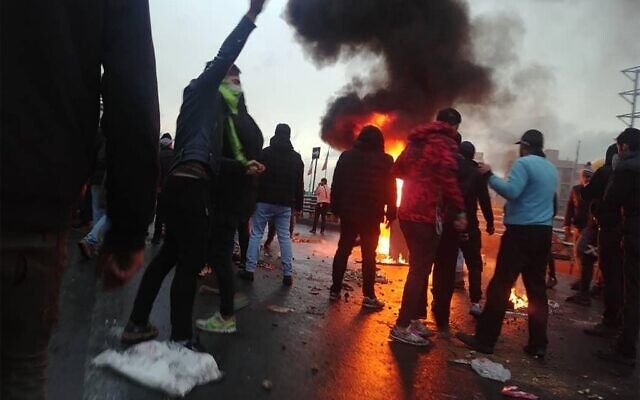 Three members of the Iranian security forces were killed during the unrest in Tehran, which is part of massive protests against the recent increase in gasoline prices across the country, Eurasia Diary reports citing Sputnik.
Among those killed was one member of the Islamic Revolutionary Guard Corps, while the other two were members of the Basij militia, which was also deployed to the city to ensure security in the wake of the protests.
On Monday, government spokesman Ali Rabiei said that several law enforcement officers were killed during the recent rallies in Iran.
Last week, the Iranian government announced an increase in gasoline prices, which sparked the mass protests.
The Iranian authorities said that they had arrested about 1,000 people for rioting and acts of vandalism over the past several days, and media reports indicate that the total number of protesters has exceeded 87,000.