Russian diplomat warns with return of Cold War by race for military dominance in Europe
Read: 516

III ANIMAFILM ANNOUNCES THE PARTICIPANTS OF THE COMPETITION PROGRAM
Read: 442

WHO extends state of emergency over coronavirus pandemic for another 3 months
Read: 392 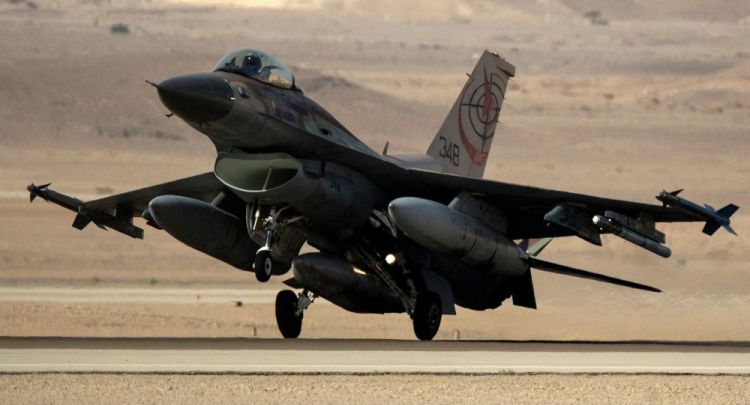 Israeli aircraft conducted airstrikes on targets west of the city of Rafah in the southern Gaza Strip and in Khanyounis, in the north of the territory, early Wednesday morning, Eurasia Diary reports citing Sputnik news.

The Israel Defense Forces (IDF) tweeted Wednesday morning that the airstrikes were in response to rocket fire from Gaza earlier in the day.

"In response to the rockets fired from Gaza at Israeli civilians earlier tonight, our fighter jets just struck a number of Hamas terror targets in #Gaza," the IDF said. "Hamas will bear the consequences for actions against Israeli civilians."

Palestinian journalist Diaa Mahmoud claimed to have heard sounds of an airstrike conducted west of Khan Younis in southern Gaza.

Video from #Gaza tonight of the #IDF airstrikes. #Israel pic.twitter.com/TmHN4bwSnf

Social media footage allegedly from the scene shows a portion of the strike.
An alarm activated in the Ashkelon Regional Council prior to the reported Israeli Air Force strike was identified by the Israel Defense Forces as non-rocket fire. The Ashkelon Municipality later announced that no projectile fell into the city, reported The Jerusalem Post.
On Tuesday, two rockets were fired from the Gaza Strip, activating the Israeli Iron Dome air defense system. The recent attack conducted by the Israeli Air Force is viewed as a response to the earlier rocket fire from Gaza, as Israeli Prime Minister Benjamin Netanyahu vowed to "respond firmly to any attack."
"If anyone in Gaza thinks he can raise his head after Operation Black Belt - he is seriously mistaken. We will respond firmly to any attack against us and continue to maintain Israel's security on all fronts," Netanyahu said in a translated Twitter post.

Though this exchange of fire renews violence that had previously calmed between Gaza and Israel, the latter carried out several strikes against dozens of targets, including warehouses and reconnaissance sites, in Syria last week.