The Su-57 fighter jet is not even ready to fly - Russian specialists say
Read: 845 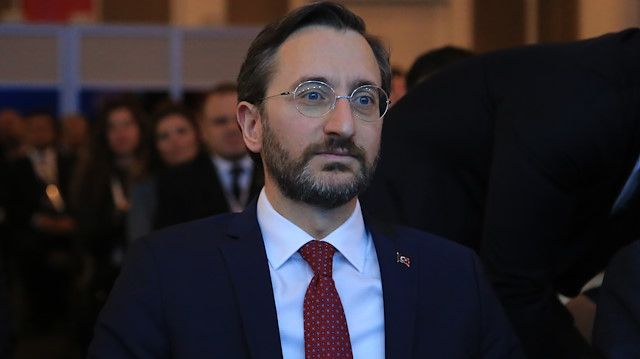 The Western media lined up against Turkey during its anti-terror operation in northern Syria launched this October, forsaking its ethics in a campaign to defame Turkey, Eurasia Diary reports citing Yeni Safak News.

“They forgot all their values and sustained a defamation campaign against Turkey,” he said.

Mutanoglu said the Western media disregarded the most basic rule of journalism -- to double-check information -- and lined up against Turkey to serve as defenders of the terrorist YPG/PKK, the target of the operation.

He said since Operation Olive Branch -- a previous anti-terror op -- was launched last year, Anadolu Agency had set up a special team to seek out and expose fake news meant to smear Turkey, adding that they used to find and disprove at least three or four such items every day.

"They most used photos of Assad regime massacres of civilians,” falsely portraying them as committed by Turkey or its allies, he added.

Mutanoglu cited French women’s magazine Marie Claire, which in October 2014 ran a cover story on female YPG/PKK terrorists. He said the magazine was trying to create sympathy for the terrorists by putting their photos on the cover.

Saadet Oruc, an advisor to Turkish President Recep Tayyip Erdogan, also spoke at the panel, saying that the international media agenda is set by international actors.

She also spoke of how many in the West mischaracterize Turkey's battle against terrorists as allegedly targeting Kurds, one of the mosaic of ethnic groups living in the Turkish Republic.

“The PKK was a terror group for the Western media, but now it evolved into ‘Kurds.’ We must interpret this move well,” she said.

Under two separate deals with the U.S. and Russia, Turkey paused the operation to allow the withdrawal of YPG/PKK terrorists from the planned northern Syria safe zone.

Ankara wants to rid the YPG/PKK terrorists to withdraw so the safe zone can be created to allow for the safe return of some 2 million refugees.

Prior to this, Turkey led two successful operations, Olive Branch and Euphrates Shield, to rid terrorists from other parts of northern Iraq along Turkey’s border.

In its more than 30-year terror campaign against Turkey, the PKK -- listed as a terrorist organization by Turkey, the U.S. and EU -- has been responsible for the deaths of nearly 40,000 people, including women, children, and infants. The YPG is the PKK's Syrian offshoot.