If Libya would be like Syria, then the turn came to the other countries - Turkish FM | Eurasia Diary - ednews.net

Is there any point in replacing the OSCE Minsk Group with another diplomatic mechanism? - The explanation by Azerbaijani expert
Read: 491

If Libya would be like Syria, then the turn came to the other countries - Turkish FM 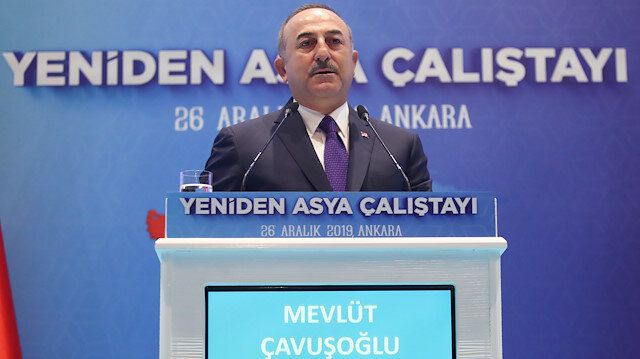 “They want to turn the situation in Libya to  as like the one in Syria. If today Libya would be like Syria, then the turn came to the other countries in the region,” Cavusoglu told the ruling Justice and Development (AK) Party's consultation meeting in Antalya, on Turkey's Mediterranean coast.

On Nov. 27, Ankara and Tripoli’s UN-recognized Government of National Accord signed two separate agreements, one on military cooperation and the other on maritime boundaries of countries in the Eastern Mediterranean.

"We need to do whatever is needed to prevent Libya from being divided and slide into a chaos, and we do it," Cavusoglu said, stressing that the maritime deal signed with Libya is important.

Highlighting the constant conflicts in the Islamic world, Cavusoglu criticized the lack of unity in the Organization of Islamic Cooperation (OIC), saying it is not strong enough to solve the problems in this regard.

On Saturday’s deadly terrorist attack in Somalia, Cavusoglu said: "We have never left our Somalian brothers alone so far and we will never [leave them]."

Almost 80 people, including two Turkish nationals, were killed and many more wounded in a suicide truck bomb attack on a security checkpoint in the Somali capital Mogadishu.

The full electric car was created by Turkey’s Automobile Joint Venture Group (TOGG), a conglomerate of industrial giants, in 18 months.