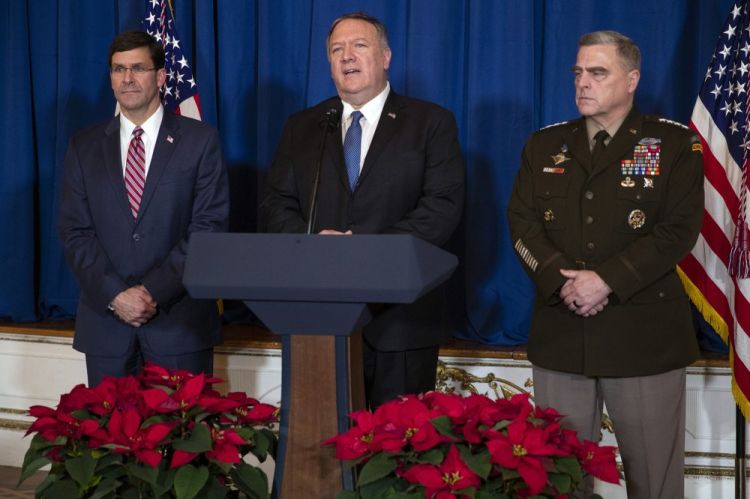 Secretary of State Mike Pompeo said the strikes send the message that the U.S. will not tolerate actions by Iran that jeopardize American lives.

The U.S. blames the militia for a rocket barrage Friday that killed a U.S. defense contractor at a military compound near Kirkuk, in northern Iraq. Officials said as many as 30 rockets were fired in Friday’s assault.

Esper said the U.S. hit three of the militia’s sites in western Iraq and two in eastern Syria, including weapon depots and the militia’s command and control bases.

U.S. Air Force F-15 Strike Eagles carried out the strikes and all the aircraft safely returned to their home base, Esper said. At the ammunition storage facilities that were struck, significant secondary explosions were observed.

Pompeo, Esper and Gen. Mark Milley, chairman of the Joint Chiefs of Staff, flew to Palm Beach, Florida, after the operation to brief President Donald Trump.