Over 200 terrorists neutralized by Turkey in December | Eurasia Diary - ednews.net

Over 200 terrorists neutralized by Turkey in December 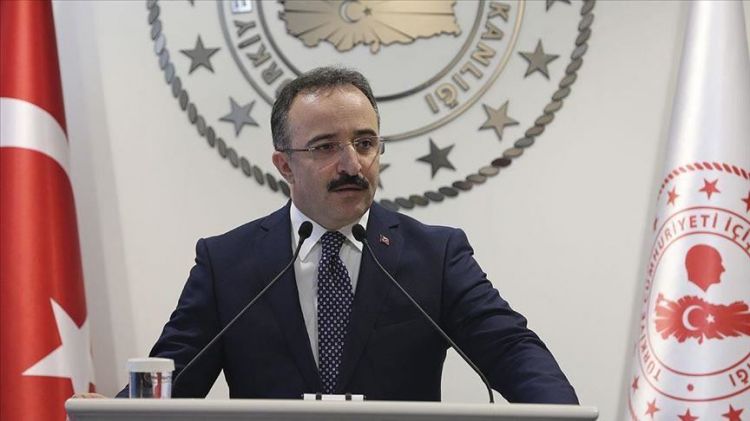 Turkish security forces neutralized 144 YPG/PKK terrorists, including one on the orange list and three on the grey list, during Operation Kiran in southeast, said Catakli.

The list is divided into five color-coded categories, with red as the most wanted, followed by blue, green, orange and gray.

Authorities often use the word "neutralized" in statements to imply terrorists in question surrendered or were killed or captured.

Catakli said 211 terrorists were neutralized during operations last month and the number of Syrians returned to their country is growing.

The number returned due to the effect of the peace and tranquility provided by Turkey's anti-terror operations such as the Operation Olive Branch, Operation Euphrates Shield and the Operation Peace Spring is 311,968. And 3,571,030 Syrians are under international protection status in Turkey.

After Turkey's anti-terror operation such as the Operation Olive Branch and the Operation Euphrates Shield, Turkey on Oct. 9 launched the Operation Peace Spring to eliminate YPG/PKK terrorists from northern Syria east of the Euphrates River to secure Turkey’s borders, aid in the safe return of Syrian refugees and ensure Syria’s territorial integrity.

Ankara wants YPG/PKK terrorists to withdraw from the region so a safe zone can be created to pave the way for the safe return of some 2 million refugees.

On Oct. 22, Ankara and Moscow reached a deal under which YPG/PKK terrorists would pull back 30 kilometers (18.6 miles) south of Turkey’s border with Syria, and security forces from Turkey and Russia would mount joint patrols there.

In its more than 30-year terror campaign against Turkey, the PKK -- listed as a terrorist organization by Turkey, the U.S. and EU -- has been responsible for the deaths of 40,000 people, including women, children, and infants. The YPG is the PKK's Syrian offshoot.