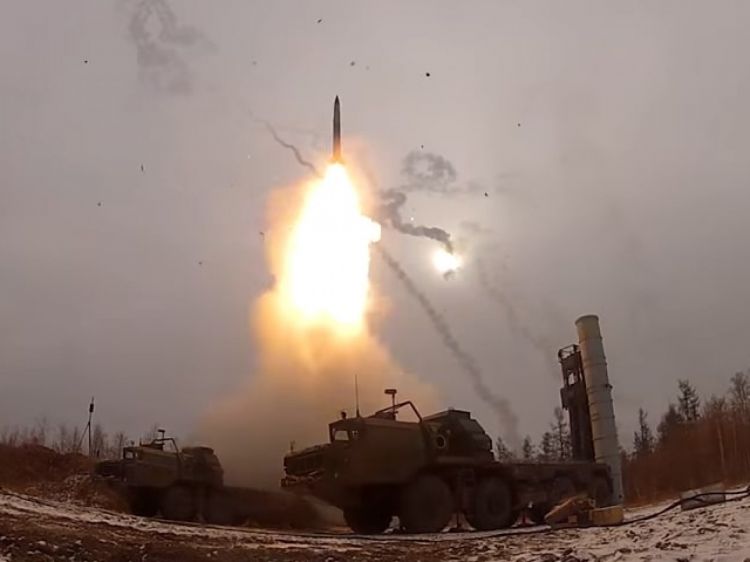 Iraq is in talks to purchase a Russian surface-to-air missile system in a bid to update the country's own defense infrastructure amid heightened tensions between the United States and Iran, which have exchanged hostilities on Iraqi soil.
Iraqi ambassador to Iran, Saad Jawad Qandil, said Monday that buying the S-300 anti-aircraft and anti-missile system "is on the table of discussions between Russia and Iraq, and it is possible for Iraq to buy this system," according to Russia's state-run Sputnik News Agency. The news came just days after Russia's RIA Novosti outlet cited Iraqi parliamentary security and defense committee chair Mohammad Reza announcing the resumption of Baghdad's efforts to buy the system.
"Iraqi-Russian relations are very good in light of Baghdad's keenness on good relations with all neighboring countries," Qandil said Monday, explaining that "Iraq is keen to diversify arms sources, and we have armament contracts with Russia."
The S-300, however, is banned by Iraq's top international partner, the U.S., which threatens to sanction countries seeking to buy Russian weapons. Washington and Baghdad's own ties have been severely tested as President Donald Trump increasingly takes on Iran and allied Iraqi forces in a deadly bout that pushed Iraqi lawmakers to vote for the withdrawal of all foreign forces.
In response, the U.S. has signaled it was not going anywhere.
The U.S. and Iran have long used Iraq as a battleground for their rival agendas, with U.S. troops facing off with Shiite Muslim militias for years after the 2003 U.S.-led invasion that overthrew Saddam Hussein and stirred a Sunni Muslim insurgency as well. Washington and Tehran then found themselves both backing Baghdad in the fight against the Islamic State militant group (ISIS) in 2014, only temporarily putting their four-decade dispute on hold.
The defeat of ISIS and the Trump administration's 2018 exit from a nuclear deal have led to renewed U.S.-Iran tensions in the Middle East and especially Iraq, where unclaimed rocket attacks have harassed military positions housing U.S. and other international forces. After one such strike last month killed a Pentagon contractor, the U.S. conducted strikes that killed 27 people at border positions of Kataib Hezbollah, one of the Iran-backed Shiite Muslim groups comprising the Popular Mobilization Forces that was formed to battle ISIS.