Iran urgently deployed dozens of missile systems on the coast of Strait of Hormuz
Read: 1838

US and its allies characterize Chinese and Russian aid as a political ploy to garner influence - US expert-Exclusive
Read: 1350 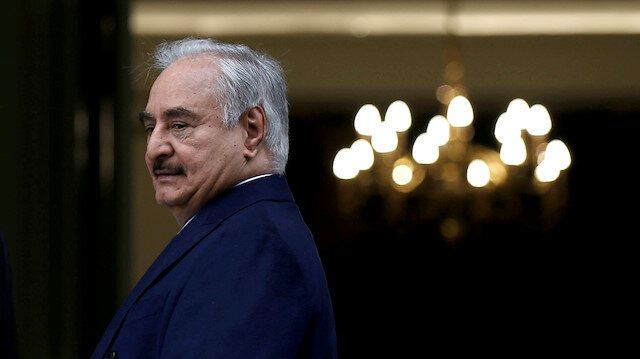 Haftar forces targeted the town that is 300 kilometers (168 miles) far from the capital of Tripoli, by warplane, said Mohammed Kanunu, military spokesman for the GNA in a statement.

No casualties were reported but it emphasized the attack came before the Berlin Conference, where the German leader invited sides in an attempt to achieve stability in the region.

The blockade will cause loss of crude oil production of 800,000 barrel per day and approximately $55 million daily.

On Jan. 12, the warring sides in the Libyan conflict announced a cease-fire in response to a joint call by Turkish and Russian leaders.

But talks for a permanent cease-fire deal ended Monday without an agreement after Haftar left Moscow without signing a deal.

Since the ouster of late ruler Muammar Gaddafi in 2011, two seats of power have emerged in Libya: one in eastern Libya supported mainly by Egypt and the UAE, and the other in Tripoli, which enjoys the UN and international recognition.