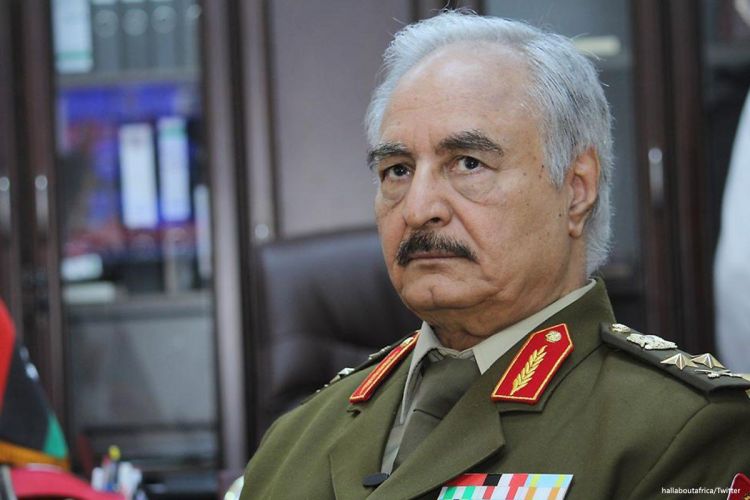 Haftar abandoned talks for a ceasefire in Moscow last week and the blockade of Libyan oilfields by his forces overshadowed a summit in Berlin on Sunday aimed at shoring up a shaky truce, Eurasia Diary reports citing Reuters.

His Libyan National Army (LNA) aims to capture the capital, Tripoli, through the backing of Egypt, the United Arab Emirates, Russian mercenaries and African troops.

Turkey supports Haftar’s opponents, the Tripoli-based internationally recognized Government of National Accord (GNA) led by Fayez al-Serraj, and has dispatched military advisers and trainers to help the GNA.

Cavusoglu said Haftar’s refusal to sign a joint communique in Berlin had raised questions about his intent.

“Does Haftar want a political or military solution? Until now, his stance has shown he wants a military one,” he told Turkish broadcaster NTV at the World Economic Forum in Davos.

“Haftar must immediately fall back to the political solution line and take concrete and positive steps in line with calls of the international community for calm on the ground”.

Libya has had no stable central authority since Muammar Gaddafi was overthrown by NATO-backed rebels in 2011. For more than five years, it has had two rival governments, in the east and the west, with streets controlled by armed groups.