Russian military conduct patrol mission in Syria without Turkish side

In the past 24 hours, militants violated the ceasefire in the Idlib de-escalation zone 31 times. 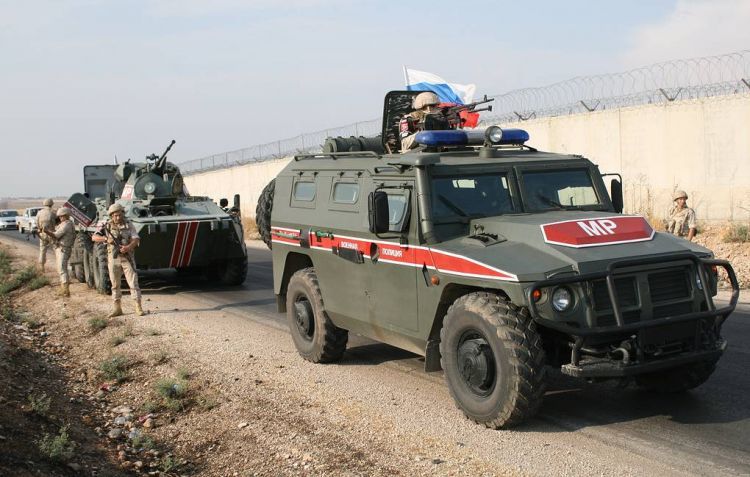 Turkish military in Syria have failed to arrive for a joint with the Russian military patrol mission for a second time this week. The mission was conducted by the Russian military police only, Major General Yuri Borenkov, chief of the Russian Center for Reconciliation of the Opposing Parties in Syria, said on Thursday, Eurasia Diary reports citing TASS.

"As the Turkish side failed to arrive for a joint patrol, units of the Russian military police unilaterally conducted patrolling in Al-Hasakah Governorate," he said.

It was carried out "in accordance with the approved plans, without any incidents," the general specified. Besides, Russian helicopters conducted an aerial patrol mission along two routes.

In the past 24 hours, militants violated the ceasefire in the Idlib de-escalation zone 31 times, shelling Latakia, Idlib and Hama governorate.

Prior to that, Turkish military failed to arrive for a joint patrol mission on February 3 against the background of an overnight incident in Idlib Governorate, when positions of the Turkish troops in the area of Saraqib came under the fire from the Syrian army that killed five Turkish soldiers and three civilians. Ankara claimed that the Syrian army had been notified about the Turkish forces’ location in advance.

On the same day, Turkish President Tayyip Erdogan said that Turkish jets and artillery had carried out strikes against 40 targets in Syria’s Idlib in response to the shelling of its troops in the area of Saraqib.

According to the Russian reconciliation center, Turkish positions came under fire on Monday night because the Turkish side had failed to notify Russia about the movement of its forces whereas Syrian government troops targeted terrorists retreating to Saraqib.

Idlib is the only large Syrian region that is still controlled by illegal armed groups. A norther de-escalation zone was set up in Idlib in 2017 to give shelter to militants and their families who were reluctant to voluntarily surrender arms in Eastern Ghouta and in Syria’s southern regions. Twelve Turkish observation stations are operating in the Idlib governorate.