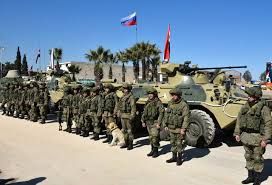 The Russian-backed forces of the Bashar al-Assad regime, ignoring the Astana accords and the Sochi memorandum, seized the city of Saraqib in Idlib, Eurasia Diary reports citing Bulgarian Military News.

Forces of the Damascus regime, formed from the forces of the army of the Bashar al-Assad regime and Iran-supported foreign terrorist groups, continue the ground attack in the south and southeast of Idlib.
The seizure of the administrative center of the Saraqib region with the support of Russia from the air was preceded by lengthy fierce battles between armed opposition groups and regime forces.
Earlier, regime forces surrounded the administrative center of Saraqib .
The value of Saraqib
About 170 thousand civilians of Saraqib left the area as a result of attacks conducted by the regime and its supporters since November 2019.
Saraqib, located in the southeast of Idlib, 16 kilometers from the provincial capital, is considered the “gateway to Idlib”.
The M5 highway passes through Saraqib through Aleppo, Idlib, Hama, Homs, Damascus to Jordan, as well as the M4 highway connecting Aleppo, Idlib and Latakia. This further enhances the strategic importance of the area.