'We have no secret' - Putin reveals he informed Medvedev about government resignation
Read: 317 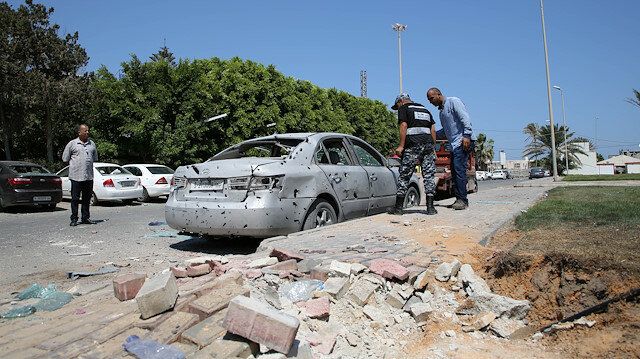 In a statement, the Government of National Accord (GNA) said Mitiga Airport -- open to civilian use -- was hit by missiles. It was temporarily closed for a short time immediately after the attack, but has now resumed flights.

The airport had only recently reopened after flights had been suspended when Haftar declared Tripoli and surrounding areas a "no-fly zone," threatening to down any aircraft.

Since early April, forces loyal to Haftar have been launching a campaign to capture Tripoli from forces of the GNA, Libya's UN-recognized government.

Clashes between the two sides since then have left more than 1,000 people dead and about 5,500 wounded, according to the World Health Organization.

Libya has remained beset by turmoil since 2011, when long-time ruler Muammar Gaddafi was ousted and killed in a bloody NATO-backed uprising after four decades in power.

The oil-rich country has since seen the emergence of two rival seats of power: one in eastern Libya, with which Haftar is affiliated, and the Tripoli-based GNA, which enjoys UN recognition.