daily news
Former US Amb. to Azerbaijan: 'Presence of Turkish troops...means incredible geopolitical balance'
Erdogan tells Putin that Nagorno-Karabakh ceasefire could include other countries
"Hated enemy cut down, looted and sold trees" - Azerbaijani President
Azerbaijan has taken the necessary steps to restore its territorial integrity" - Ilham Aliyev
Erdogan says Armenia should not evade responsibilities in Nagorno-Karabakh deal
Leaders of religious confessions in Azerbaijan issued a joint statement on the destruction of our religious monuments in Karabakh.
All civilized people should see Armenian disgraceful treatment of mosques as barbarism - Irish historian
Any result that acceptable for Azerbaijan - acceptable for Turkey too - FM
﻿

Every Armenian resident of Karabakh will have to take a written oath of allegiance to Azerbaijan - Expert
Read: 377

"According to international law, Nagorno-Karabakh and its territory have been and still are a part of the Republic of Azerbaijan" - Putin
Read: 304

Coronavirus is not a flu, it is a dangerous virus, and hygiene and distance must be observed - Zaur Orucov - VIDEO
Read: 296

"The destruction of the city of Fuzuli is a clear example of Armenian vandalism and savagery against Azerbaijan and the Azerbaijani people" - Erkan Ozoral
Read: 261 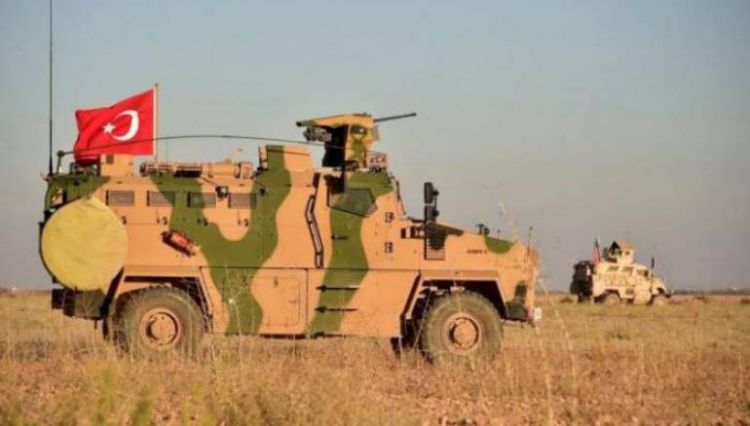 At least five Turkish troops were killed and as many injured in an attack by Bashar Assad's regime forces in northwestern Idlib province on Monday, the Turkish Defense Ministry said.

This came after a similar attack by the regime forces last week in Idlib killed seven Turkish soldiers and one civilian contractor working with the Turkish military, and injured more than a dozen people.

Last week, shelling by regime forces killed eight Turkish military personnel, prompting Turkish forces to strike back. The escalation raised concerns over future collaboration between Ankara and Moscow, which have backed opposing sides in the war despite joint efforts to ease the violence.

Turkey's President Tayyip Erdogan threatened on Wednesday to drive back Syrian regime troops in Idlib unless they withdraw by the end of the month to stem an assault.

Erdogan said two of Turkey's 12 observation posts, set up around a "de-escalation zone" in northwest Syria's Idlib region as part of a 2017 agreement with Russia and Iran, were now behind Syrian regime front lines.

About 1240 Turkish vehicles carrying tanks and attack weapons entered Syria in a week. Also about 5000 Turkish soldiers have been deployed, including 500 elite forces.

The source said the Syrian rebels have obtained TOW missiles, canons and ammunition.

Syrian regime forces have recaptured more than 600 square kilometers of territory so far in a campaign to seize control of the last rebel strongholds of Idlib and the Aleppo countryside, a statement from Syria’s armed forces said on Sunday.

Zaman al-Wasl reporter said the regime forces on Sunday have taken control of 11 villages including the village of al-Eis and its strategic hill just east of the M5.