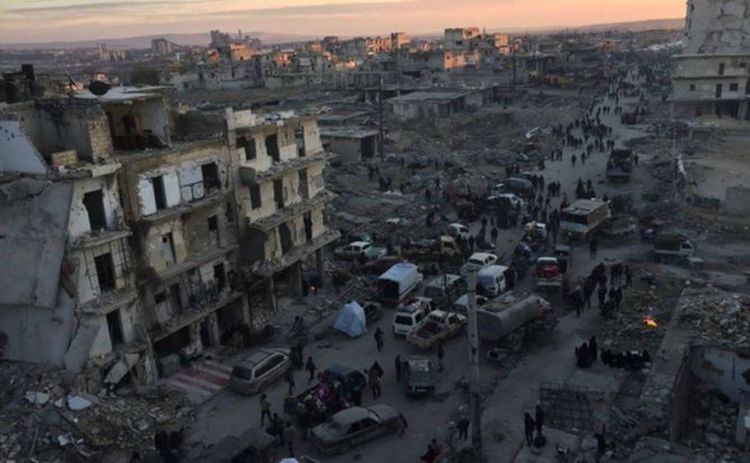 Russia cannot just sit and wait for further developments in Syria's Idlib where terrorists shell Syrian army's positions daily, head of the Russian Foreign Ministry's Department of International Organizations Pyotr Ilyichev said on Tuesday at the opening ceremony of the 9th session of the Uniteted Nations Model at the Diplomatic Academy of the Ministry of Foreign Affairs.
In response to a question on how the latest developments in Idlib affect Russian-Turkish relations, Ilyichev reminded about the memorandum on the de-escalation zone in Idlib from September 2018 which "reiterates, firstly, respect for sovereignty, territorial integrity, unity of the Syrian Arab Republic, and that the agreement on establishing a security zone in Idlib is temporary." " Furthermore, there were very important details, according to which Turkey pledged to disengage moderate opposition from terrorists, pledged to create a demilitarized zone, pledged to ensure free access to two national highways — M-4 and M-5. Over the last one-and-a-half years, nothing was done," he added.
"We understand difficulties that our Turkish partners face. However, the positions of Syrian forces, the positions of Russian forces — the Hmeymim air base, drone attacks — come under fire daily," he noted. "We cannot just sit and wait what will happen in Idlib next," he stressed.
The situation in Idlib escalataed after Russian and Turkish military made another attempt to introduce a ceasefire regime but terrorists only stepped up their attacks. As a result, Russian and Turkish military specialists were killed. In response, the Syrian army took control over the city of Saraqib in Idlib province on February 5.