Trump claims Russia created hypersonic missile after receiving info about it from US
Read: 425

The Azerbaijan Army is ready to suppress any provocations of Armenia and undertake strong retaliatory actions - Defense Minister
Read: 211 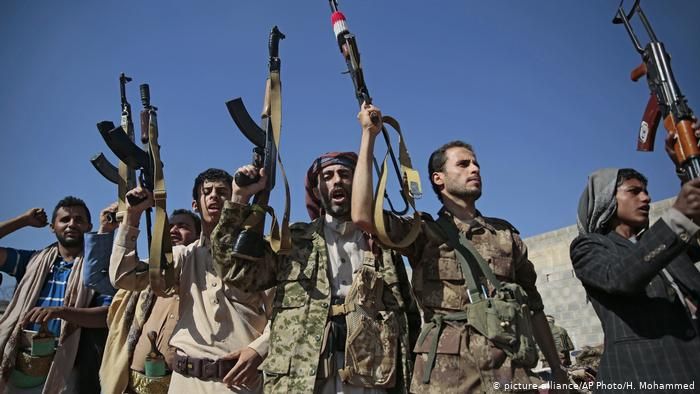 Houthis are holding as many as 500 detainees in a prison in southwestern Yemen, a Geneva-based human rights group has said, Eurasia Diary reports citing Yeni Safak.

The SAM rights groups, in its report published on Monday, uncovered the mistreatment of prisoners at the hands of the rebel group in Salih city of Taiz region.

The Houthis, who control most of the Taiz governorate, have imposed a blockade in the region, causing a humanitarian crisis due to difficulties in movement to other parts of the war-torn country, and access to healthcare.

The rights group said it documented testimonies from 27 prisoners and three mediators who entered the facility seeking release of the inmates.

Houthis, the report said, were employing against their opponents "several measures to physically and mentally torture" them, which include "electric shocks, beating, starvation, and depriving them of sunlight and adequate ventilation."

The report mentioned that "atrocities committed" by the rebels were similar to those practiced in "Tadmur prison in Syria and Bastil of France."

It revealed that there were a total of 51 secret prisons in Taiz: 29 are managed by the Houthis, nine under the control of government forces, another nine run by outfits supported by the United Arab Emirates in the western coast, and four other private facilities.

The illegal secret lock-ups are set up by conflicting parties to torture and abduct their opponents, the report added.

Houthis have so far not responded to the accusations.

Yemen has been beset by violence and chaos since 2014 when Iran-backed Houthi rebels overran much of the country, including the capital Sanaa.

Since then, tens of thousands of Yemenis, including numerous civilians, have been killed in the conflict, whereas over 14 million are at risk of starvation, according to the UN.