American expert - Racism is a fundamental to the Western approach to Africa
Read: 2561

An artillery attack on a second US military convoy in Syria
Read: 1049

Team of specialists from Russian armed forces arrives in Armenia to assist in struggle against COVID 19
Read: 990 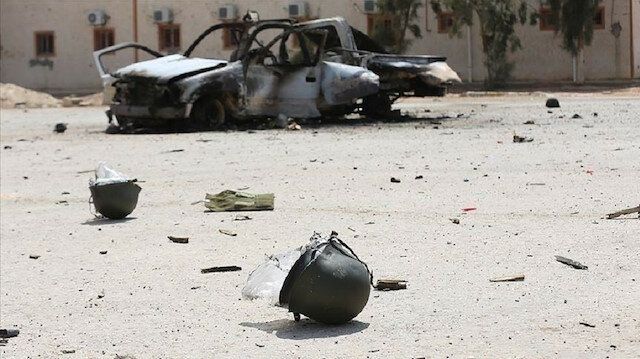 Haftar militia rockets hit a house in Ain Zara, south of the capital Tripoli, said a statement by the Volcano of Rage Operation, affiliated with the Government of National Accord (GNA).

Ahmed al-Mismari, spokesman for the Haftar militias, yesterday welcomed a humanitarian cease-fire proposed by the UN and European countries over the coronavirus.

Haftar militias, however, continue their attacks.

Since the ouster of late ruler Muammar Gaddafi in 2011, two seats of power have emerged in Libya: Haftar in eastern Libya, supported mainly by Egypt and the United Arab Emirates, and the GNA in Tripoli, which enjoys UN and international recognition.

The GNA has been under attack by Haftar’s forces since last April, with more than 1,000 people killed in the violence.