Turkey may launch a new operation in Syria to divert attention from the pandemic | Eurasia Diary - ednews.net

American expert - Racism is a fundamental to the Western approach to Africa
Read: 2511 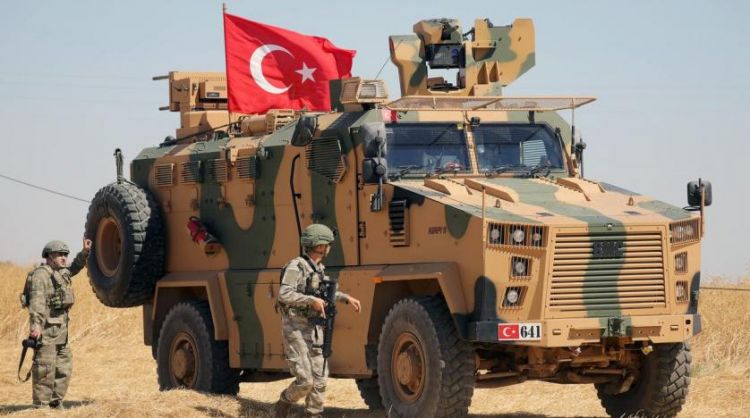 The Turkish government can turn its eyes to oil fields in eastern Syria in an effort to divert attention from the coronavirus pandemic in the country, writes Seth Franzman, an employee of the Hebrew (Jewish) University in Jerusalem, EDNews reports citing Bukgarian Military News.

The Turkish leadership is thriving in a crisis. Despite the spread of the pandemic, Turkish media want to remind the public that the country’s authorities are fighting “terrorists” in eastern Syria,” the author points out in an article for the Jerusalem Post.

Recall that Turkish President Recep Tayyip Erdogan said on March 9 that revenues from Syrian oil should be used to restore the country destroyed by the war, which raises concerns about U.S.-backed Kurdish forces controlling the Syrian energy-rich provinces of Hasaka and Deir ez-Zor.

Turkey initiated a military operation against Kurdish-led Self-Defense Forces (YPGs) and their branches in October last year after the United States withdrew most of its forces from Syria. Washington left a small force to help the Kurds protect the oil reserves in the east of the country, captured in the fight against ISIS.

Russia and Turkey, in turn, want the United States to leave the eastern regions of Syria, said Franzman.

“Russia can see an opportunity to force the United States to leave most of eastern Syria by making a deal, exchanging Idlib for the Syrian regime for oil revenues for Turkey,” he said.

At the same time, the expert emphasizes that Turkey’s support for anti-Damascus factions in the northwestern Syrian province of Idlib contradicts the position of Moscow, which supports the Syrian government forces.

After an air strike by Syrian government forces on February 27, which killed 36 Turkish soldiers, Turkey turned to Moscow to conclude a deal to eliminate the influence and support of Kurdish forces from the United States in Syria, he explains.

Now Turkey wants to“ revive Syria, ”obviously to support the Assad regime, of which Russia is an ally, despite Ankara’s previous statements criticizing the Syrian president,” concludes Franzman.