Russian fighter jet shot down two additional US drones near Khmeimim air base in Syria
Read: 1483

Russia plans to expand its military bases in Syria
Read: 637 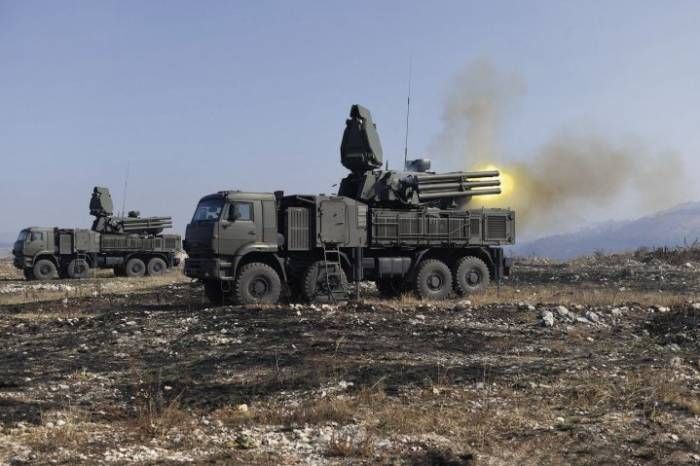 As a result of the military operation “Volcano of Wrath” conducted by the army of the Government of National Accord (GNA) of Libya, nine Russian-made Pantsir anti-aircraft missile-cannon systems (ZRPK) were destroyed. This was reported in the press center of the operation, reports the Turkish agency Anadolu, EDNews.net reports citing BulgarianMilitary.com.

According to the headquarters, the complexes were destroyed in the last four days. They belonged to the forces of the commander of the Libyan National Army (LNA), Field Marshal Khalifa Haftar.

Several cases of the destruction of the “Pantsir” were previously reported separately. So, on May 20, BulgarianMilitary.com, referring to the press center of the operation of the GNA army, reported that one of the air defense missile systems was destroyed by a Turkish drone. Another “Pantsir” earlier in May was captured by GNA forces at Al-Vatiya airbase near Tripoli, from where they managed to dislodge parts of the Haftar army.

As The Libya Observer reported, at least one “Pantsir” was transferred to the UAE from the UAE despite the arms embargo on Libya imposed by the UN Security Council. The Turkish newspaper Daily Sabah, citing data from a confidential UN report, clarifies that during the years of the war in Libya, the United Arab Emirates transferred heavy arms, including Armor, worth $ 14.7 million, to South African Super Puma helicopters, to the Haftar army $ 15 million, own-made drones worth $ 25 million, Russian-made drones Orlan-10 and Chinese shock drones totaling $ 2.1 million, as well as various missiles, including US-made ones.

On April 28, the LNA of Field Marshal Haftar announced the adoption of governing the country and the termination of the Shirat Agreement reached in 2015, which resulted in the formation of the GNA. Russia and the European Union condemned these actions and called on the field marshal to adhere to past agreements.