Russian fighter jet shot down two additional US drones near Khmeimim air base in Syria
Read: 1519

Russia plans to expand its military bases in Syria
Read: 642 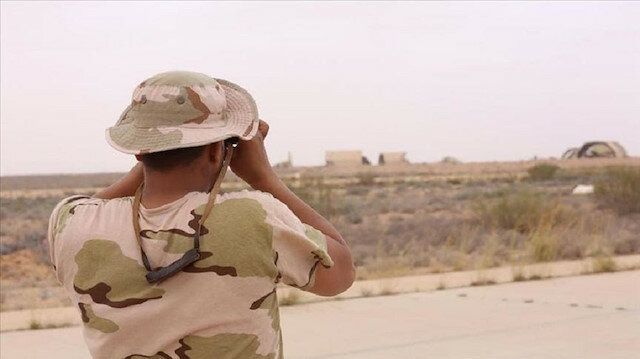 Having liberated three towns over the past 72 hours, the Libyan army Thursday announced its next move would be towards Mizdah city, which is of critical importance as it stretches to Tarhouna city which is used by warlord Khalifa Haftar’s militia as an operational and logistics center, EDNews.net reports citing Yeni Safak.

Mustafa al-Mujie, spokesman for the government-led Burkan Al-Ghadab (Volcano of Rage) Operation, told Anadolu Agency that the army forces gained control in Esabia town of southern Tripoli on Thursday and now they would move towards Mizdah, which is 180 kilometers (111 miles) from the capital.

Mujie went on to say that the retaking of Mizdah would mean cutting the logistic line of Tarhouna city through which the Haftar militia conduct attacks on the capital.

In the past few days, the Libyan army inflicted heavy blows on the Haftar side through a massive air campaign in which multiple Russian-made Pantsir air-defense systems were struck.

The Libyan government, also known as the Government of National Accord (GNA), has been under attack by warlord Haftar’s armed forces since April 2019.

Haftar’s illegal forces in eastern Libya have launched several attacks to capture Tripoli, with more than 1,000 killed in the violence.

he Libyan government launched Operation Peace Storm on March 26 to counter attacks on the capital. Following the ouster of late ruler Muammar Gaddafi in 2011, Libya's new government was founded in 2015 under a UN-led political deal.