What does withdrawal of US troops from Iraq mean? - American military expert explains
Read: 686

China responds to US sanctions over Xinjiang
Read: 460

Konul Nurullayeva attended a videoconference of the PACE Committee
Read: 419 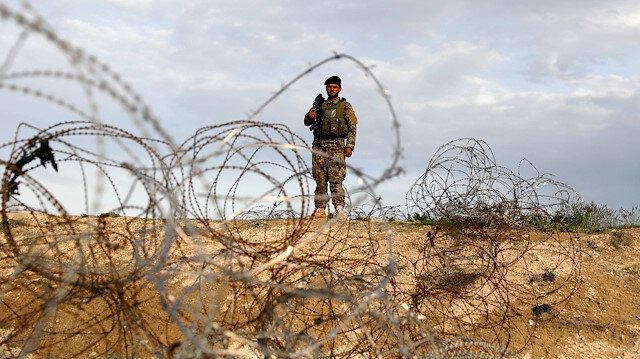 Afghan government on Monday released 100 more Taliban captives as “a goodwill gesture” on the second day of a rare cease-fire in the country, EDNews.net reports citing Yeni Safak.

The National Security Council said the move is in line with the fresh directives by President Mohammad Ashraf Ghani.

“This string of goodwill gestures would continue. We believe in lasting peace and a secure Afghanistan, and we will guarantee that confidence,” Intezar Khadim, director-general of civilian protection at the NSC, said on Twitter.

On Sunday, Ghani’s office said the president issued directives to initiate the process to release up to 2,000 Taliban operatives as a goodwill gesture in response to the group’s announcement of a cease-fire during Eid al-Fitr, which was reciprocated by the government.

Flanked by his top aides outside the presidential palace's mosque on Sunday, the Afghan president expressed readiness to commence intra-Afghan peace talks.

"The winner of peace will be the Afghan people, war brings destruction and misery, especially to the Afghan women who suffer the most," the president said as he directed the government forces to reciprocate the truce.

The unexpected three-day ceasefire has been widely hailed.

In a joint statement, they warmly welcomed the cease-fire.

"As like-minded countries resolved to co-operate in our support for an inclusive peace process in Afghanistan, we stand ready to assist the process in any way the parties may wish", it said.

As per the US-Taliban peace deal, 5,000 Taliban prisoners and 1,000 captive security forces should be freed.

According to official sources, there are some 12,000-15,000 inmates, including militants from Pakistan, Central Asia and Gulf countries, in different government prisons across the country.

No figures are available on captives held by the insurgents.