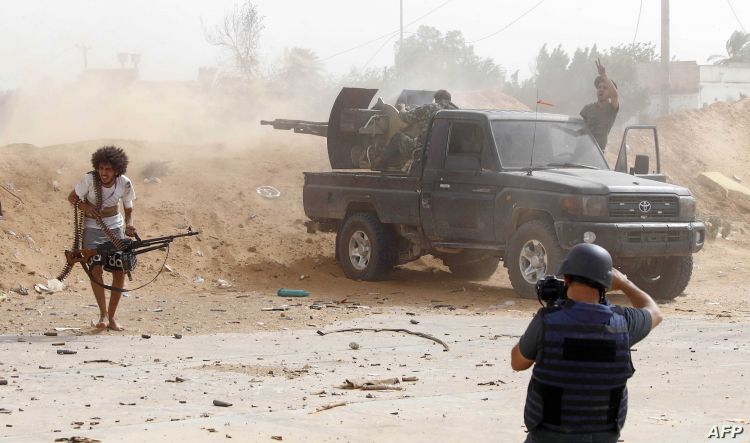 Army units have also cleared the Qarizma and Ahya al-Barriya regions in southern Tripoli from militias to “a significant extent,” Army spokesperson Col. Mohammed Gununu said in a written statement

Having recaptured the strategic Al-Watiya airbase in western Libya from Haftar’s militias on May 18, the army continues to clear the country of the militias.

Army units surrounded the town of Tarhuna, which is being used as a military and supply base by Haftar’s militias. Some militia groups were forced to retreat from fronts in southern Tripoli to defend the town.

Army units have cleared a wide region from Haftar’s militias, including Hamzah, Yarmuk and as-Sawarih. They also reclaimed some critical points from the militias and took control of the Al Tekbali military camp.

After the Libyan army cleared southern Tripoli of Haftar’s militias, mercenaries reportedly retreated from fronts in Tripoli and were dispatched to an unknown point from Bani Walid Airport.

The media recently reported that many vehicles carrying mercenaries had retreated from fronts in Tripoli.