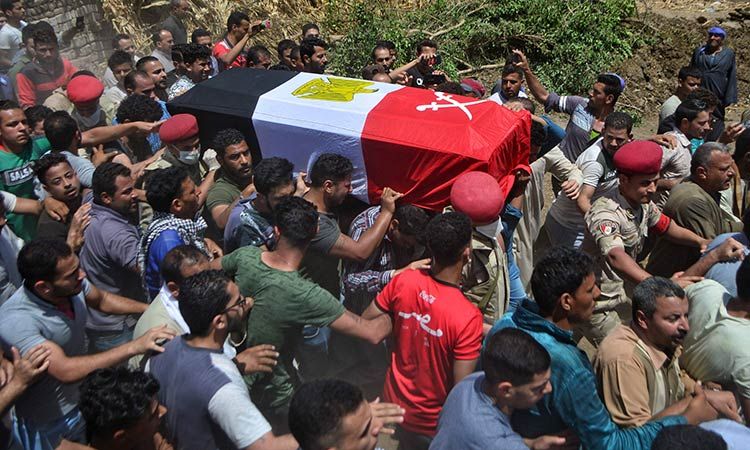 The Egyptian military said it has killed at least 19 militants in raids and airstrikes against an Islamic insurgency in the northern part of the Sinai Peninsula, in clashes that also left at least five casualties among its troops, EDNews.net reports citing Associated Press.

Col. Tamer El Rifai said in his statement late on Saturday that the raids and airstrikes took place last week in the towns of Bir Al-Abed, Rafah and Sheikh Zuweid. He said forces dismantled at least five explosive devices and destroyed two four-wheel drive vehicles and a storehouse.

The military statement did not specify the number of soldiers killed.

Other officials however said two officers, including a colonel and a lieutenant, and three conscript soldiers were killed when an explosive device hit their vehicle Saturday while taking part in a campaign against the militants in central Sinai.

The officials spoke in condition of anonymity because they weren’t authorized to brief the media.

Other details about the incident could not be independently corroborated as Egyptian authorities heavily restrict access to that part of Sinai.

There was no immediate claim of responsibility for the attack.

For years, Egypt has been fighting the Sinai affiliate of the Daesh extremist movement and struggling to re-establish control over the restive border region.