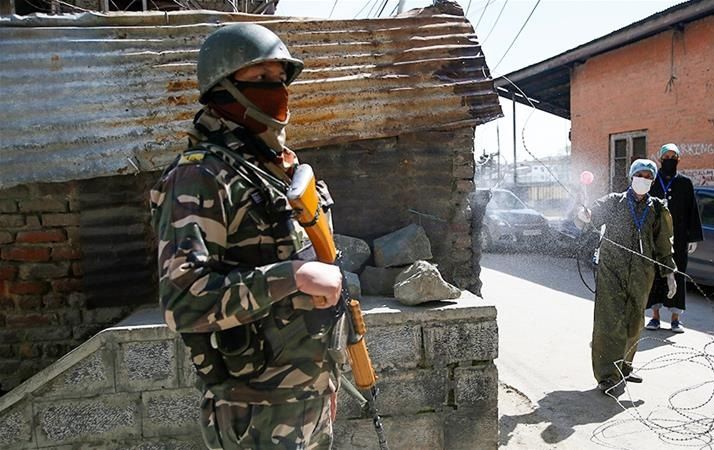 Earlier Monday Indian soldiers laid a siege around a village in Kahsmir's southern Shopian area on a tip that militants were hiding there, said Col. Rajesh Kalia, an army spokesman.

As the fighting raged, hundreds of people marched near the site in solidarity with the rebels and chanted slogans seeking an end to Indian rule over the region. Government forces fired shotgun pellets and tear gas at the stone-throwing protesters.

No casualties were immediately reported in those clashes.

Violence has escalated in Kashmir in recent months as India has stepped up its counterinsurgency operations. Militants have also continued their attacks on government forces and alleged informants.

More than two dozen militants and about a dozen Indian troops were killed in April, the most in any month since last August, when India revoked the region’s semi-autonomous status and statehood and imposed direct federal rule.