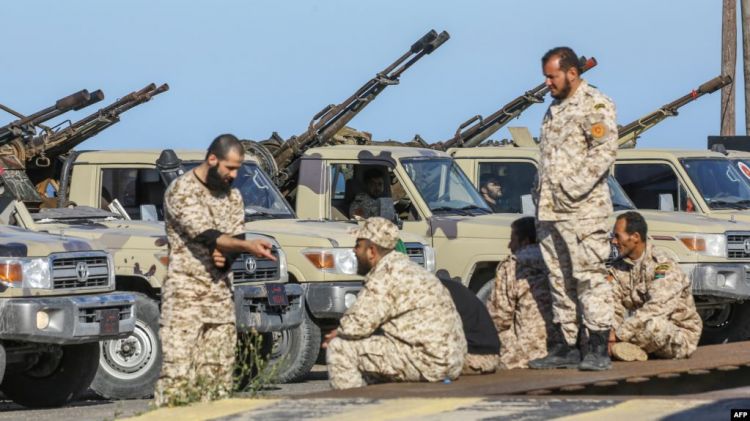 The Libyan National Army (LNA) has shot down two Turkish drones in the last 12 hours that was attempting to bomb their positions near the port-city of Sirte, EDNews.net reports citing Bulgarian Military News.

According to the Libyan National Army, their air defense forces downed the Turkish drones that was approaching their positions in the western countryside of the port-city.

Turkey has attempted to bomb the Libyan National Army on multiple occasions this week, as they provide air cover to the Government of National Accord forces that are attempting to capture the city of Sirte.

The report said: “After the government of the National Accord Forces (GNA) rejected the ceasefire, we announce the start of hostilities without interruption.”

Recall, on June 6, Egyptian President El-Sisi announced the creation of a Libyan initiative to resolve the crisis called the Cairo Declaration, which implies compliance with all international initiatives and decisions regarding the unity of Libya.

The meeting was attended by the head of the LNA Khalifa Haftar and the head of the House of Representatives of Libya, Akila Saleh. Many countries and organizations supported the initiative.

The Cairo Declaration included an appeal by all Libyan parties to a ceasefire starting June 8, emphasizing the importance of the results of the Berlin Conference for a political settlement in Libya.

The declaration also implied that the international community should remove all foreign mercenaries from Libyan land.