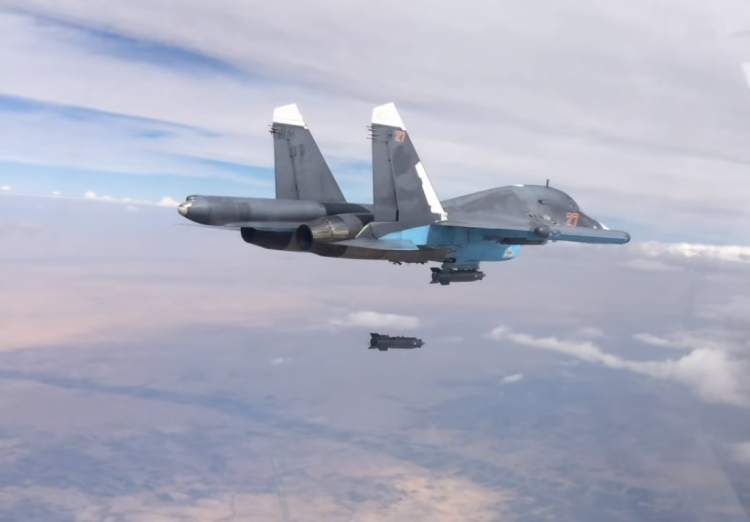 The Russian and Syrian air forces intensified their flights over Idleb Governorate on Tuesday, as they respond to the latest attacks by the jihadist forces in the al-Ghab Plain area, EDNews.net reports citing Syrian Observers, noting the the content of the news are not verified by the media outlet.

According to a field report from northwestern Syria, the Russian and Syrian air forces launched strikes inside Hama and Idleb governorates, with the primary target being the militant forces along the frontlines.

The report said the Russian and Syrian warplanes heavily targeted the positions of the Turkistan Islamic Party, Hay’at Tahrir al-Sham, and Hurras al-Deen, which are the primary jihadist groups in northwest Syria.

These airstrikes by the Russian and Syrian air forces come just hours after Hurras al-Deen launched a powerful attack on the Syrian Arab Army’s positions near the town of Tanjara in the al-Ghab Plain.

The attack resulted in heavy losses for Hurras al-Deen, who later withdrew their forces following the arrival of Syrian Arab Army reinforcements and Russian airstrikes.

On a different note, the Russian Center for Reconciliation in Syria reported that an explosive device was detonated under a Russian military vehicle in the Kobani area near the Turkish border on Tuesday.

The reconciliation center told reporters that, “unknown persons this morning tried to block the patrol of the Russian military police” in the area, where, “an explosion occurred under one of the patrol vehicles at the last point on its path.”

The center added that, “no one was injured as a result of the detonation of the improvised explosive device.”

No group has claimed responsibility for this attack.

Tuesday’s attack against the Russian military marked the first time this month that they have been targeted during their patrols in northern Syria.