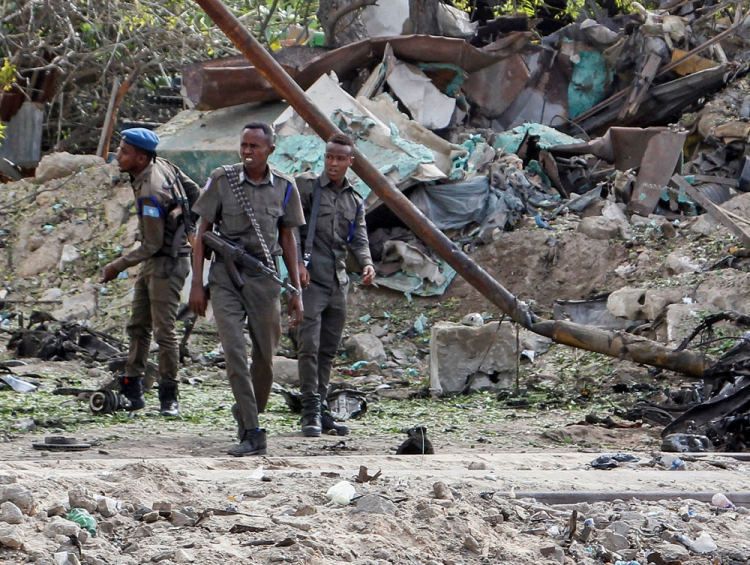 In Mogadishu, the country's capital, a suicide car bomber targeted a tax collection center. The car bomber died and six others were injured.

In Baidoa, five people were killed and 10 hurt after a land mine detonated on the outskirts of the city near a restaurant.

According to the BBC, al-Shabab claimed responsibility for both incidents. The militant group has carried out similar attacks in the recent past, including a suicide bombing on a Turkish military base in Somalia at the end of June.

The group, which is linked to al-Qaida, said they were targeting tax collectors and soldiers.

Somalia's government has been battling al-Shabab for control of the country for more than 10 years.

"The Somali government condemns in the strongest terms the attacks against the civilians," the Somali Ministry of Information, Culture and Tourism said in a statement.