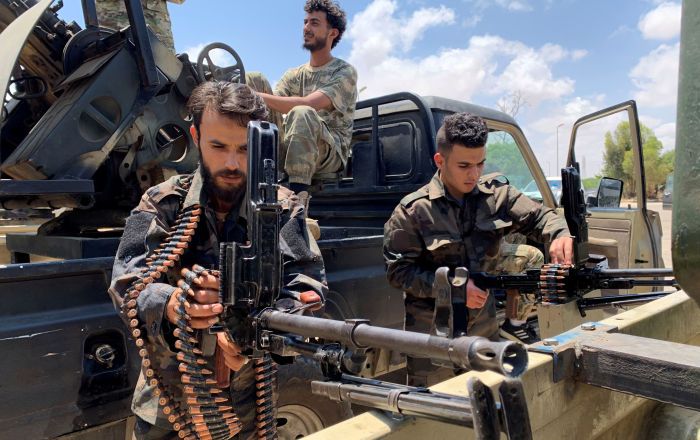 Qatari Minister of State for Defenсe Khalid bin Mohamed Al Attiyah has held negotiations with his Turkish counterpart, Hulusi Akar, and Fathi Bashagha, the interior minister of Libya's UN-backed Government of National Accord (GNA), amid Cairo's decision on the possible deployment of armed forces to Libya, the ministry said, EDNews.net reports citing Sputnik.

Apart from that, Al Attiyah held talks with Turkish Defence Minister Akar in Ankara, focusing on "bilateral defence relations and the possibility to develop and strengthen them", the ministry added.

The talks were held in Ankara late on Monday.

In late June, Egyptian President Abdel Fattah Sisi announced that his country, supporting the Libyan National Army, was ready to train and arm Libyan tribes in order to assist their effort against foreign interference. The president also said that Egypt's direct intervention to counteract Turkish forces would be internationally legitimate.