The bombing of Barda is a war crime which Pashinyan and his generals are responsible - British Journalist
Read: 1141

"I can no longer see France, which shines in all its glory" - A moral lesson from a French Muslim woman to Macron
Read: 770

The bombardment of civilian areas must be seen as a purely terroristic act - Irish historian
Read: 446

Russia to send 1,000 mercenaries from Syria to Libya 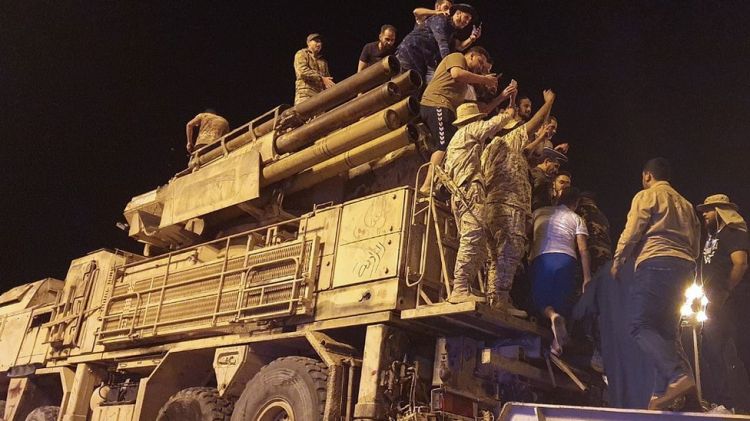 The mercenaries will be sent from areas in eastern Syria that are under the Assad regime’s control, particularly the northeastern Qamishli district.

They are between the ages of 20 and 45 and will each receive $2,000 per month to be a part of Haftar’s forces for five months, the sources said.

Russia sent some 300 fighters to Libya in May for a period of three months.

It is estimated that Moscow has sent nearly 5,000 mercenaries from Syria to join the warlord’s militias in Libya.

Along with Russian mercenaries, Haftar’s forces also include Janjaweed militants from Sudan and rebels from Chad.

Libya has been torn by a civil war since the ouster of late ruler Muammar Gaddafi in 2011.

The new government was founded in 2015 under a UN-led agreement, but efforts for a long-term political settlement failed due to a military offensive by Haftar.

The UN recognizes the Libyan government, headed by Fayez al-Sarraj, as the country's legitimate authority. Turkey has also been a key supporter of the government.

However, Egypt, the UAE, Russia, and France have been supporting Haftar and his so-called Libyan National Army.

In March, the Libyan government launched Operation Peace Storm to counter attacks on Tripoli. The operation was viewed as a major blow to Haftar’s forces, as they lost several strategic locations including the Al-Watiya airbase and the city of Tarhuna.