Archaeological sites discovered on the territory of the Keshikchidag State Historical and Cultural Reserve - PHOTOS
Read: 184

The MoU is a new stage, a historic event in the energy cooperation between Turkmenistan and Azerbaijan
Read: 152 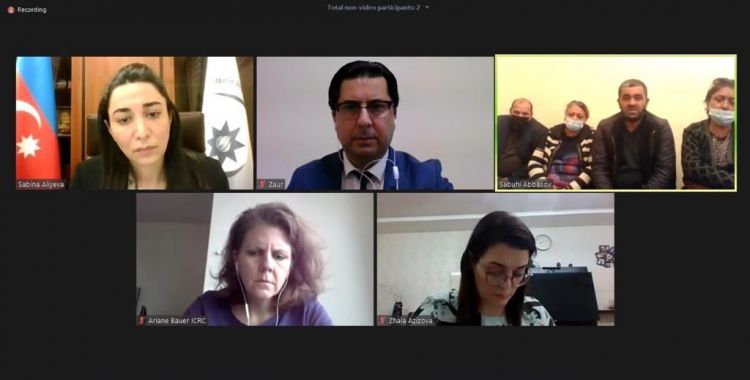 During the meeting, Aliyeva provided Bauer with information on the video facts of torture and ill-treatment of Azerbaijani soldiers captured by the Armenian Armed Forces, spread on social networks based on real footage.

According to the ombudsman, it was not possible to obtain any information about the further fate of the soldiers shown in the above video.

She ensured the participation of family members of two captured military servicemen Amin Musayev and Bayram Karimov in the meeting. They appealed to the ICRC’s head in connection with ensuring the rights of their captive children and returning them to the country.

Aliyeva pointed out that she has kept the issue related to the capture of Azerbaijani soldiers by the Armenian side in the focus since the first day, and constantly sent appeals to the relevant international organizations.

Bauer said that within the framework of her mandate, she will take the necessary steps on the issues raised at the meeting.