NATO Allies stand in solidarity with the US following its 15 April announcement of actions to respond to Russia
Read: 243

Confidence should be formed for cooperation between Armenia and Azerbaijan - EU Special Representative
Read: 173 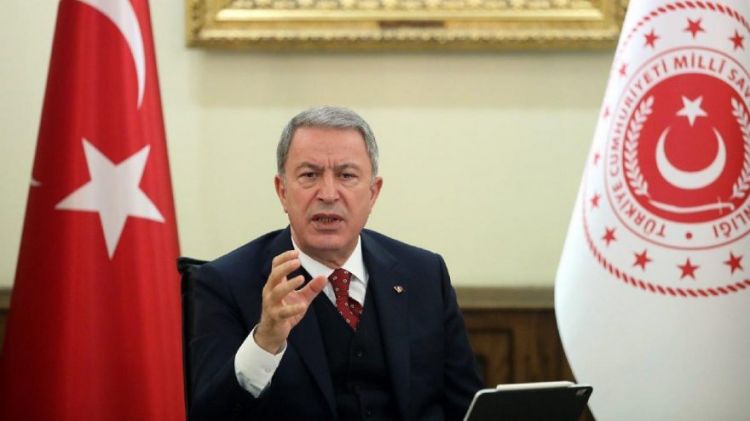 "While our activities in the Operation Claw-Eagle 2 zone were continuing, the mortal remains of 13 citizens were found in a cave,” said Hulusi Akar at the operations center on the border in southeastern Sirnak province.

He said the innocent and unarmed Turks were shot dead -- one in the shoulder, and the rest in their heads.

Turkish authorities use the term “neutralized” to imply that the terrorists in question were killed, captured or surrendered.

"Many weapons and ammunition belonging to terrorists were seized in the cave in Gara, where the PKK terrorist organization, an enemy of humanity, killed our civilians brutally," the National Defense Ministry said in a separate statement.

Turkey launched Operation Claw-Eagle 2 on Feb. 10 to prevent the PKK/KCK and other terror groups from re-establishing positions used to carryout cross-border terror attacks.

Operations Claw-Tiger and Claw-Eagle were initiated last June to ensure the safety of Turks, and Turkey's borders.

In its more than 30-year terror campaign against Turkey, the PKK – listed as a terrorist organization by Turkey, the US, and the EU – has been responsible for the deaths of 40,000 people, including women, children, and infants.