Biden vows US to never recognize Russian hold on Crimea

'We will continue to work to hold Russia accountable for its abuses and aggression in Ukraine,' says US president 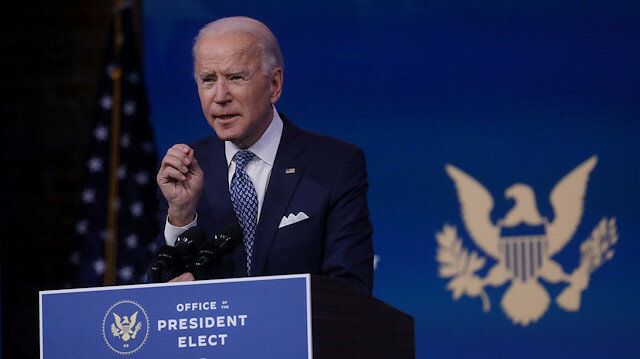 US President Joe Biden vowed Friday to never recognize Russia's occupation of the Crimean Peninsula, seven years after Moscow seized the territory by force from Ukraine.
Russian forces entered the Crimean Peninsula in February 2014 with President Vladimir Putin formally dividing the region into two separate federal subjects of the Russian Federation the following month, moves which continue to be lambasted by Ukraine and the international community, Eurasia Diary reports citing Yeni Shafak.
On what he called the seizure's "somber anniversary," Biden said the US is reaffirming "a simple truth: Crimea is Ukraine."
"The United States does not and will never recognize Russia’s purported annexation of the peninsula, and we will stand with Ukraine against Russia’s aggressive acts," Biden said in a statement.
"We will continue to work to hold Russia accountable for its abuses and aggression in Ukraine. We will also continue to honor the courage and hope of the Revolution of Dignity, in which the Ukrainian people faced down sniper fire and enforcers in riot gear on the Maidan and demanded a new beginning for their country," he added.
The president was referring to the February 2014 population revolt that led to the ouster of pro-Russia Ukrainian President Viktor Yanukovych.
Russia's annexation of the Crimean Peninsula has been decried by the UN General Assembly, the US and Turkey as illegal under international law.