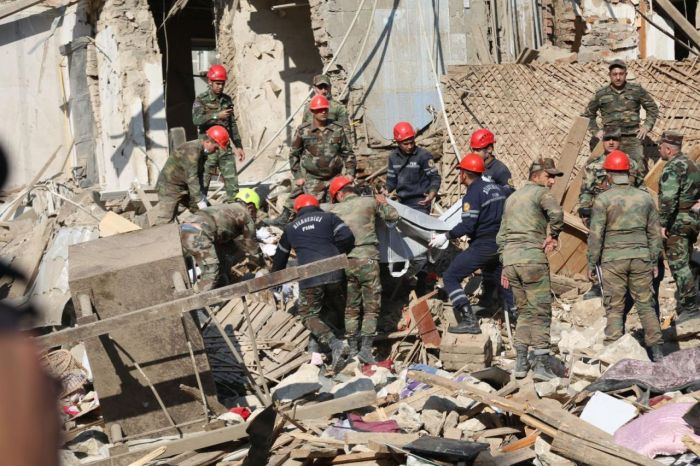 The organization said that several verified videos depicted the mistreatment of prisoners of war and other captives, and desecration of the dead bodies of enemy soldiers by the Armenian side.

“This included a video showing the murder of an Azerbaijani border guard who had his throat cut,” the report said.

The Amnesty International Report also said that verified evidence indicated that cluster munitions were used, which is banned under international humanitarian law, including in the attack on the city of Barda in an area under Azerbaijan government control, on October 28.

Following over a month of military action to liberate its territories from Armenian occupation from late Sept. to early Nov. 2020, Azerbaijan pushed Armenia to sign the surrender document. A joint statement on the matter was made by the Azerbaijani president, Armenia's PM, and the president of Russia.

A complete ceasefire and a cessation of all hostilities in the zone of the Nagorno-Karabakh conflict was introduced on Nov. 10, 2020.