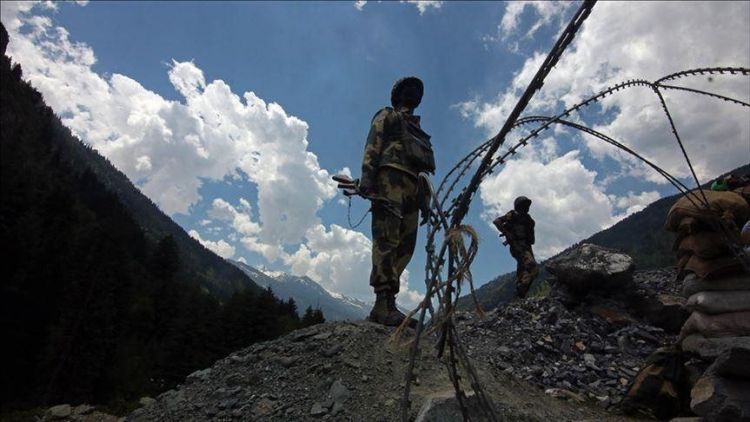 Seven militants, including a top leader of the Ansar-ul-Ghazwat-ul-Hind, were killed in two separate gunfights in Indian-administered Kashmir, regional police said on Friday.
Two militants were killed in the ensuing firefight in Awantipora area of the southern Pulwama district, while the other two were killed in the Nowbugh area of Tral region of the same district, including Imtiyaz Ahmad Shah, a "top commander" of the militant group, on Friday, a senior police official told Anadolu Agency with an anonymity request because he is not officially authorized to speak to the media.
Earlier on Thursday evening, three militants were killed in a gunfight with security forces in the southern Shopain district's Jan Mohalla.
Four security forces personnel were also injured in the gunfight and they are now in stable condition, he said.
According to local residents, internet services have been suspended in the Shopain and Pulwama districts since Thursday.
Kashmir range Police Chief Vijay Kumar congratulated government forces for eliminating the leader of the "al-Qaeda" inspired group on Friday. Kumar, along with other security officials, personally monitored the situation on Thursday evening.
According to police sources, over 30 militants have been killed so far this year.