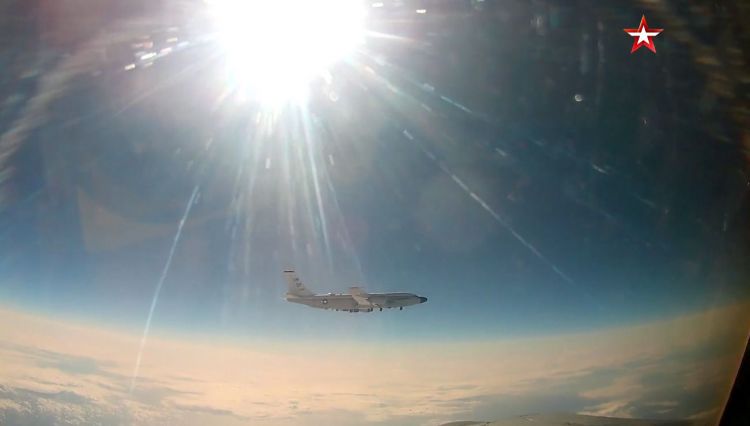 A Russian MiG-31 fighter intercepted a U.S. reconnaissance plane above the Pacific Ocean on Saturday, the Russian Defense Ministry said.
Russian airspace control systems detected an air target approaching the Russian state border and a MiG-31 of the Eastern Military District took off in response, the ministry said.
The crew of the Russian jet identified the air target as an RC-135 strategic reconnaissance aircraft of the U.S. Air Force and escorted it over the Pacific Ocean.
After the U.S. aircraft flew away from the Russian border, the MiG-31 returned safely to its home airfield.
The Russian fighter strictly complied with international rules for the use of airspace during its flight, the center added.