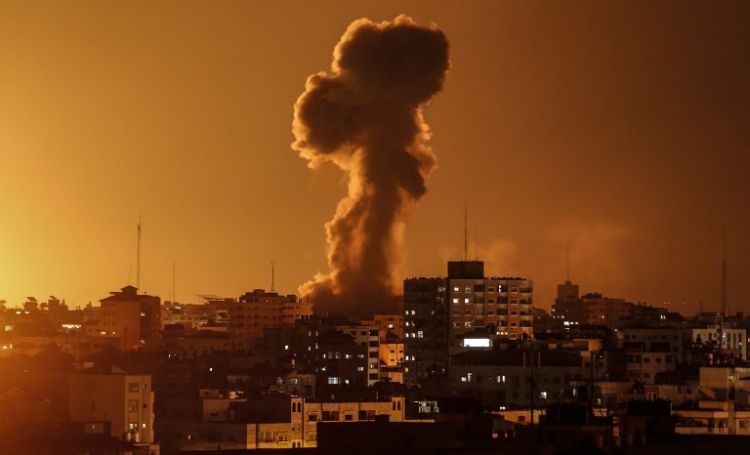 For the second day in a row, rockets have been fired from Gaza into Israeli territory on Friday, Eurasia Diary reports citing Sputnik.

The rocket set off alarms in Holit kibbutz and Sdeh Avraham southeast of the Gaza Strip, near the Egyptian border, according to local reports. However, it reportedly landed in an open field without causing injury. There was no word about whether or not the Iron Dome air defense system activated or attempted to engage the projectile.

Later, the IDF said it struck targets in the Gaza Strip in retaliation for an earlier launch into its territory.

On Thursday, another rocket fired into Israel also landed harmlessly in a field. However, IDF fighter jets still carried out several airstrikes in eastern and central Gaza early Friday morning, which is also the first Friday of Holy Ramadan.

Gaza remains under a near-total blockade by Israel, cutting off its access to basic necessities such as fuel and medicine. Nearly half the population is unemployed and a similar number are in poverty, while airstrikes slowly crumble its buildings and institutions away. With roughly 1.85 million people crammed into just 362 square kilometers, Gaza is the 3rd most densely populated polity in the world; the combined conditions have led to Gaza being called the world's largest open-air prison.

While more than half of Israeli citizens have received at least one dose of a SARS-CoV-2 vaccine, the disease continues to rage inside Gaza, where more than 20,000 active cases of COVID-19 have been reported and 35% of tests are positive - an astoundingly high rate of transmission